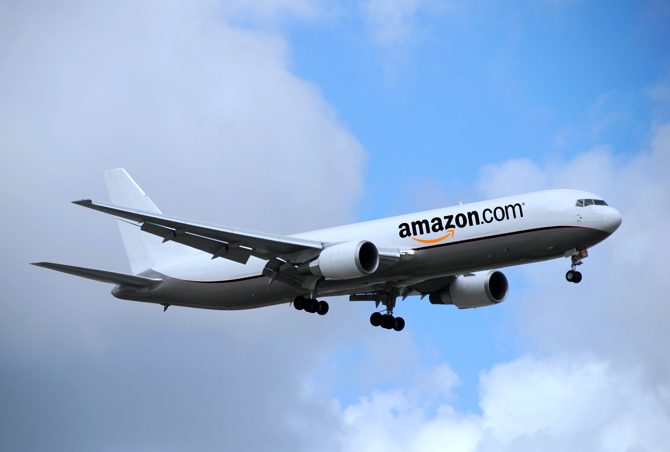 One of the biggest e-commerce stores of today, amazon is pleased to launch it air-cargo service now. The contract for the service includes about 40 aircraft for the service. The air jet was named “amazon one” which made its appearance yesterday at the annual Sea fair air festival in Seattle

He further added,“Creating an air transportation network is expanding our capacity to ensure great delivery speeds for our Prime members for years to come”

The rumors for the launch of this service were viral since the last year. According to Seattle Times was stressed due to the late shipment of cargo including UPS. But to cover it up amazon had given away $20 gift cards to the customers that suffered through this delay!