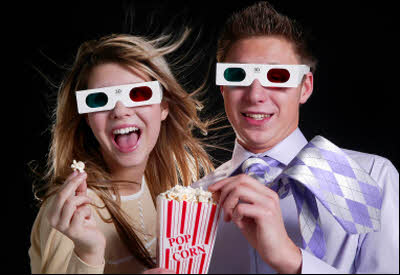 The technology now shows another remarkable inventions in its ground of play. 3D movies would now be able to be sighted without wearing any sort of funky or classy glasses. “Existing approaches to glasses-free 3D require screens whose resolution requirements are so enormous that they are completely impractical,” claims the  co-author WojciechMatusik

Some of the 3D methods for the TV uses some sort of slits known as parallax barrier, that is placed infront of the TV, which then displays same amount of pixel to all the eyes in the room. “By careful design of optical elements, we can achieve very-good-quality 3D movies without using glasses,” study co-author Piotr Didyk, a researcher at the Max Planck Institute for Informatics and Saarland University, both in Germany, told Live Science.

glasses-free 3D displays have to account for the different positions from which people are watching.

“This is the first technical approach that allows for glasses-free 3D movies on a large scale,” Matusik said in a statement.

“In our solution, we exploit the layout of the audience in a cinema,” Didyk said

In this latest technique the scientist have used mirrors and lenses to display the pixels.

“It remains to be seen whether the approach is financially feasible enough to scale up to a full-blown theater,” Matusik said in a statement. “But we are optimistic that this is an important next step in developing glasses-free 3D for large spaces like movie theaters and auditoriums.”