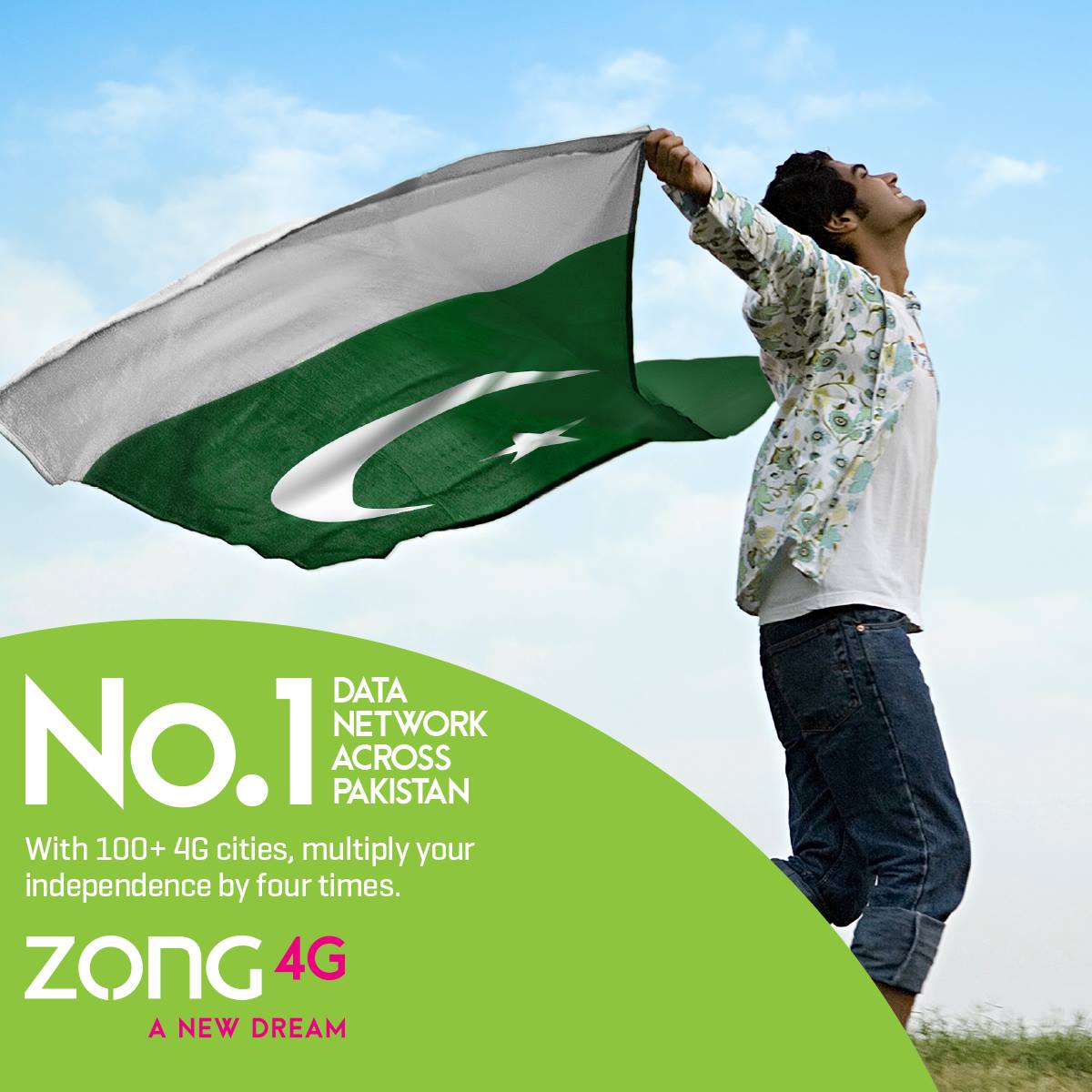 Zong 4G Telecom operator in Pakistan has expanded its 4G Coverage to over 100 cities nationwide. With this development, Zong has firmly established itself as the fastest growing 4G cellular network in Pakistan with the widest 4G footprint. It is worth mentioning that Zong was the only company to have successfully won both the 3G and 4G license in the 2014 auction held by PTA.

Over the last few years, the company has invested heavily in infrastructure development to ensure its quality of network. Pakistan telecommunication authority rated Zong’s network services to be the best in Pakistan among all competitors in terms of its quality and speed in an independent survey held by PTA for the Quality of Service (QoS) of Next Generation Mobile Services (NGMS).

Speaking on this achievement, Zong’s official spokesman and Director of Corporate Affairs Mr Maham Dard said, “Providing the largest, widest and best quality 4G services in 100 cities is a proud moment for Zong. We will continue to invest in the latest 4G technology and provide a more stable and reliable network for our customers, with an aim to double our coverage to more than 200 cities in the coming months”.

The company has invested more than $250 million, just to expand its 4G network across Pakistan and hopes to add thousands of new 4G sites nationwide. This has not only benefited the local economy but has also facilitated the growth of the ICT sector in Pakistan which has become one of the fastest growing sector’s in the Pakistani economy.

Over the last few years, the company has been focusing on uplifting the lifestyle of the local people by providing a faster and more stable network in urban as well as rural areas of the country with multiple packages for its voice as well as its data services. Zong 4G services are the most popular, helping grow the company’s financials substantially. Recently, the company partnered with the Higher Education Commission to provide its 4G services to students and universities all across the country. It is important to note that Zong’s data speed is the fastest in the country among all mobile operators.