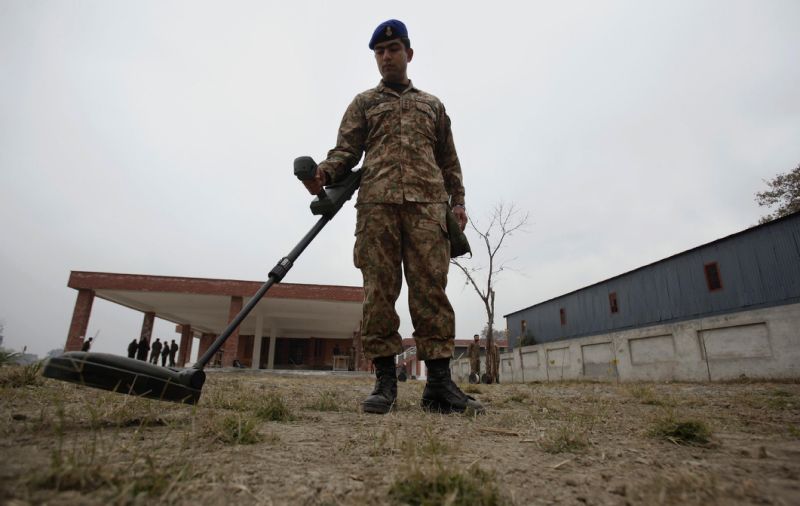 Earlier it has been stated that more than 15000 of the bomb detectors have been made viral in Pakistan in many places like the airports and also in many of the government installation processes. Many of the official creators of this device are suffering jail for a long time span. This long list of prisoners also includes British businessman James McCormick.

“It serves a deterrence value only — it’s good for police and security personnel to have something in their hands,” a senior ministry official claims.Two more senior members have also given official words for this process.”Powerful people make money through these scams and you cannot offend powerful people, even if it means endangering lives,” claims the former official of the ministry.

In the recent time Pakistan has imported many of these devices that include the ADE-651 and Sniffex.

About 15000 of these things have already been sold within the cities of Pakistan! One single unit of these devices cost for about 70,000 rupees and this has raised the total revenue for the detectors to about $10 million or more.

The group of wands named as “khoji” are been set free on the airports and many of the governmental installation centers.

“A false sense of complacency based on devices that do not work does represent a public security threat,” he said.

One of the reports state that:

“Khoji is the first device of its kind that can detect explosives from distances of up to 100 meters (330 feet), even when the explosive is hidden behind walls or metal barriers such as buildings or vehicles,”

“It detects the interference by between the magnetic field of the earth, the explosive, the device itself and the human body, which allows the device to penetrate and locate even small amounts of explosive through concrete, soil, and metal barriers.”

“There is no physical basis for the operation of those devices,” he told AFP. “It’s pure snake oil, sold to desperate people who use them because something, even if useless, is better than nothing.”

“There is no ‘magnetic’ signal that you might be able to pick up. The idea that you could do so through metal, especially steel in a car, is laughable.”

Pervez Hoodbhoy further reply’s that as:

“It’s a fraud. There’s no way that explosives can be detected by electromagnetic means”

Earlier AFP was informed that:

“The only device that can currently detect such explosives is a dog.”