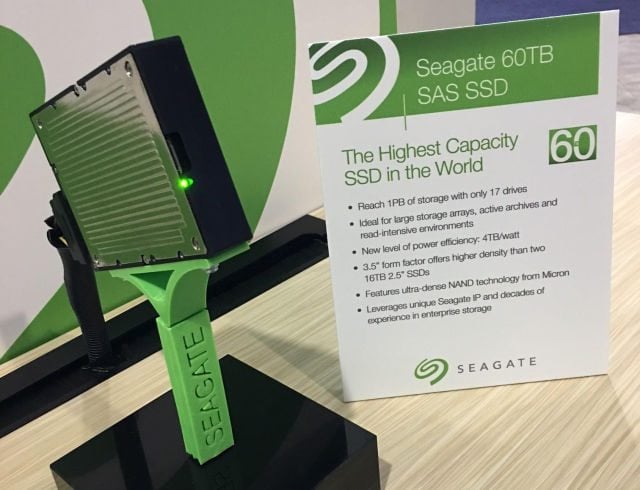 After Samsung, Seagate has claimed to manufacture the largest SSD of 60 TB in the world.Seagate is an American data storage company. It has recently announced that it would be manufacturing the largest SSD card of the world. It will be huge 60TB Serial Attached SCSI (SAS) SSD at the Flash Memory Summit 2016. It has a form factor of 3.5 inch as mentioned.

The summit 2016 for this flash memory took a step of development in Santa Clara, California. Here it was displayed for the very first time.

Till now it has won the title of Most Innovative Flash Memory at the summit.

Samsung had manufactured 15.36 TB PM1633a SSD which was entitled as the largest of all the rest up till the reveal of this brilliant innovation.

This amazing product will be bought to sale in the next year most expectedly.