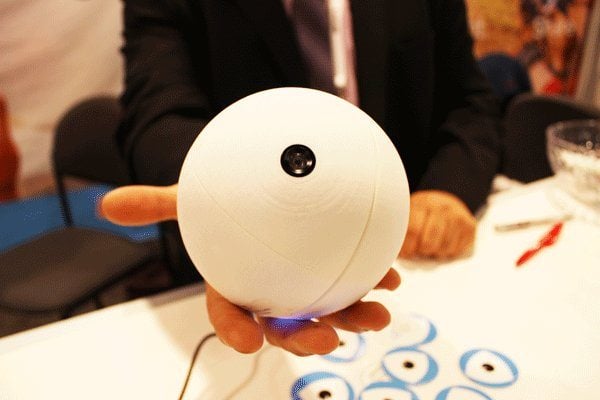 ICT
Home - ICT - Camera That Can Protect Your Home

Camera That Can Protect Your Home

Scared of robbers around, don’t want a leave our house back all opn just cause your scared, well here’s the solution to all of your problems!

Omar Barlas, a software consultant, from, Texas, had a similar issues too. “I thought I should secure my home,” he says. He desired full video coverage of all the rooms in his apartment. “I went out looking for cameras, but I could not see any single solution that could work for me.”

Setting up cameras in each an every room would cost about $3,000. he came up with the idea of building his own video camera. The camera design was like a robotic ball that could just simple roll from one room to another like a Roomba.

His project, called Orbii, got a sizeable position at the 2016 CES Innovation Awards and uptill now has got more than $47,000 on Indiegogo since May. The camera streams live video coverage to a computer.

It can easily connect to WiFi, runs Linux, and will have its own app. Using the in-app joystick, users can steer Orbii around the home, pan and tilt the camera.

“There is no other drivable camera like this on market,” Barles says. “Nest cams and Canary cams sit in one room, looking in one direction.” Those cameras are usually mounted on a wall or a shelf, giving a birds eye view of a room. Orbii will be on the ground. “If you have a lot of furnishing in the room, then it could block the view. But you could still place [Orbii] on a shelf. No one is stopping you.”

Right now it is available for $199 each, but the regular retail price when it ships will be $349 per unit.