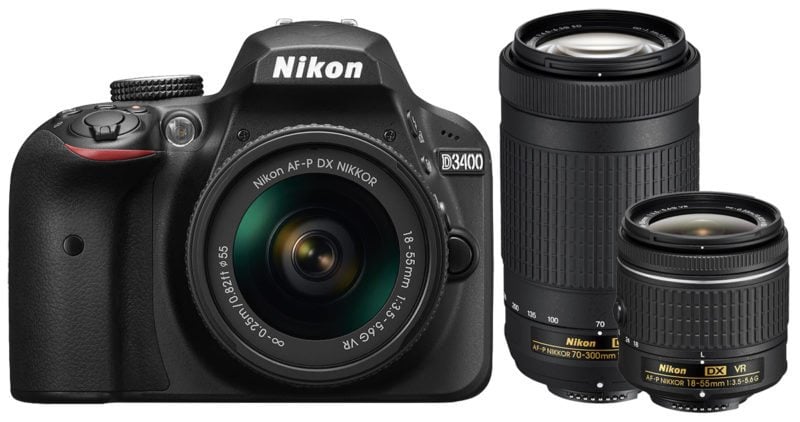 Nikon D3400 Is a Different DSLR

Recently, a few times back, Nikon has revealed one of its latest DSLR for the people who love photography. This new camera is much better than the previous,  D3300 and also features a brilliant always-on Bluetooth low energy for sharing the pictures that you capture all the way long.

It is 15 percent lighter than the older one. On the front it has a 24 megapixel APS-C CMOS sensor along with an EXPEED 4 image processor.

It comes with a brilliant ISO range of 100-25600. 5 fps continuous shooting and 11-point Autofocus System are one of its other extremely amazing features. However it doesn’t consist of a low pass filter.

Which this thing you are allowed to share up files through Nikon’s Snapbridge software that also without a WiFi connection. It is capable of working up with the android version phones such as the Galaxy S7/S7 Edge but no iPhones.

It consists of SDXC cards. A Full HD 1080p video can be recorded by using up this creature of photography at up to 60p.it consist of an amazing optic view finder on its other back side.

The battery lasts up to 1200 shots per shot, which is an improvement from the previous 700 shots.