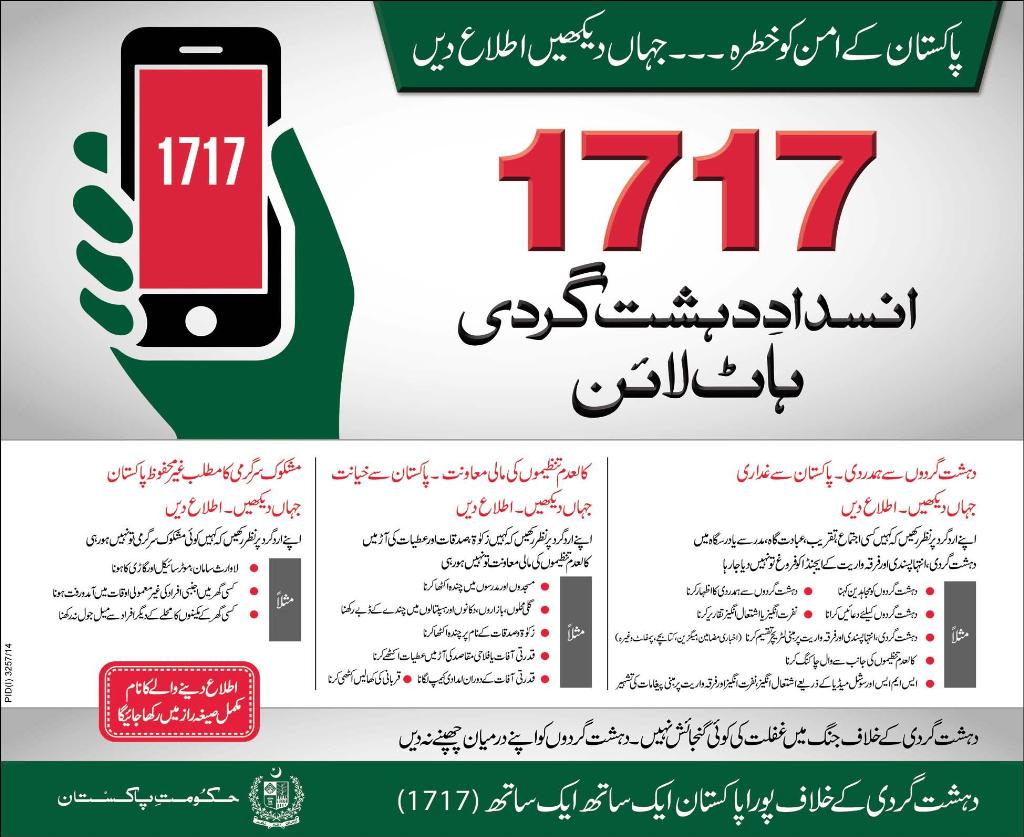 1717,is a helpline setup by National Counter Terrorism Authority (NACTA)which aims to help, to report any sort of unusual activity that they witness. One other aim of this helpline is to increases the security measure

This helpline has also proved to be helpful against the terrorism prank calls that have gone viral now a days.

It has been claimed by the officials that about in the month of july more than 8,264 prank calls have been received by 41 legitimate calls.

Two types of calls have been depicted so far.

One, is the one in which the caller pretends to waste the receivers time by questioning stupid unrelated question to him.

The second type is the one in which the officials blames wrong information to the receiver. Some receivers have also received threats to this sort of a prank call.

A meeting recently was organized by the National Coordinator AhsanGhani., where different aspect related to this was discussed.

It was reported that over 75 SIMs were functioned to make 50 prank calls these sims have also been blocked so that they cannot be tracked back to the calling location,

NACTA came up with an idea of setting up such caller tunes that can confirm the receiver that whether the incoming call is a spam or not.

Such a prank can become the leading cause of death of various people. We have to be aware of these activities around us and have to keep ourselves safe and secure.