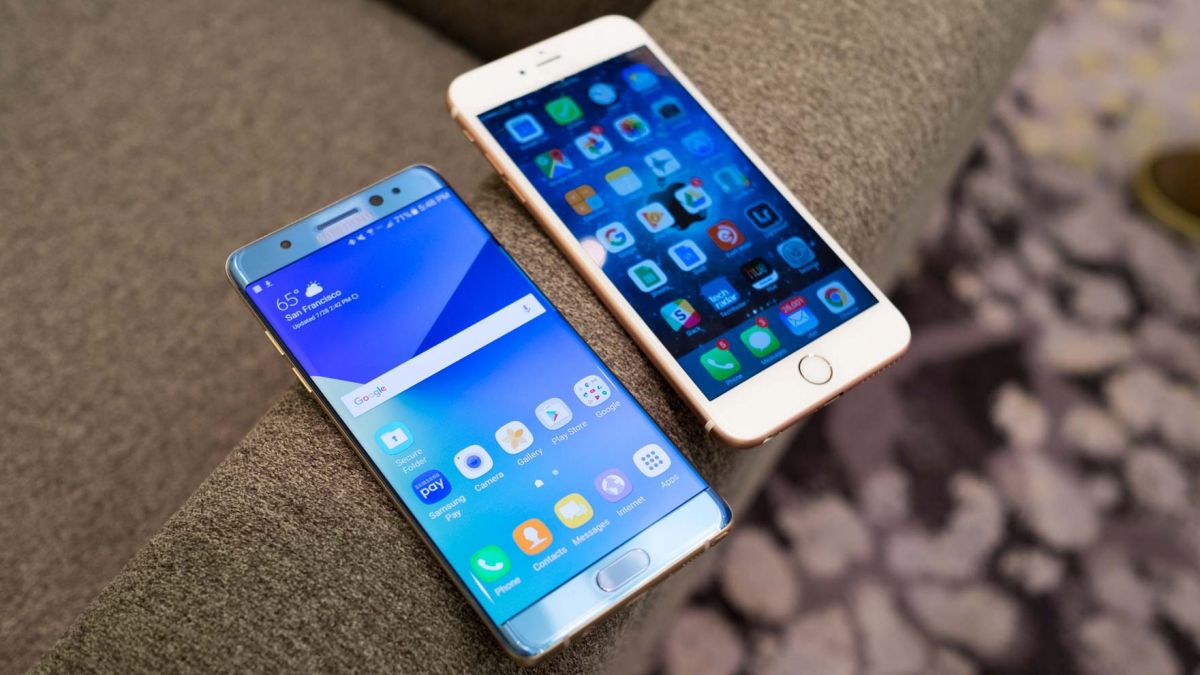 Old iPhone Prove To Be Speedy Than Note 7

Samsung Galaxy Note 7, one of the most brilliant and amazing powerful phone of this year produced by the Samsung manufacturers. It is one of the premium product of the year. Phone Buff, a popular YouTube channel for video tests, gave up a test between the Samsung and the old iphone 6s speed and other feature comparison.

In this test about 14 applications were operated on both the phones. The applications included Asphalt 8, Angry Birds, and Lapse It.

With the test discovers and result, the study has shown thatiPhone is much more speedy than the new note 7 phone. While the note 7 was on theinitallevels  of the app the iphone was 2 steps forward of that. The note 7 got about 2 minutes and 4 seconds behind the operation of these applications as compared to the iphone. iPhone 6Sfinished the total task in a total of 1 minute and 21 seconds.

It is all the play of the optimization of the apple manufacturing company.

Android 7.0 Nougat Is Out Now