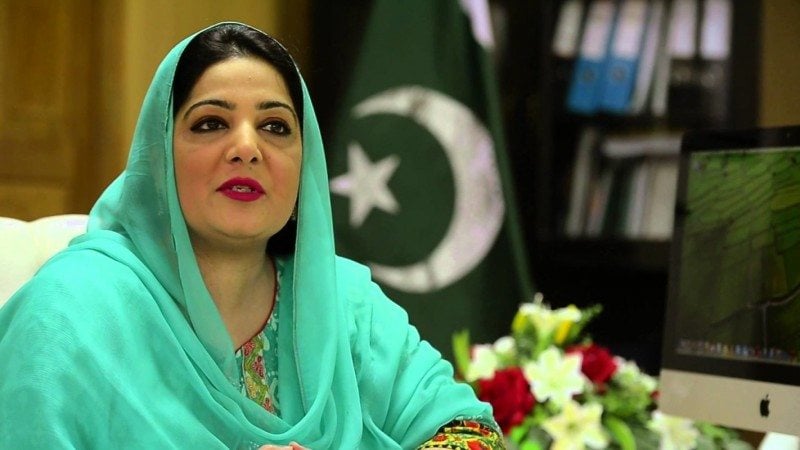 Govt. committed to provide connectivity across country by Dec 2018

Minister of State for Information Technology, Mrs Anusha
Rehman said that the government is committed to provide connectivity to
un-served and under-served areas of the country by December 2018.

She expressed these views while addressing the youth parliament’s
special session on state of E-Governance and IT in Pakistan stated.

She also shared some key initiatives being taken by her Ministry for
the development of ICT sector Anusha Rahman said that the ministry
brought 3G /4G in the country and got international recognition for
most transparent spectrum auction.

“We have witnessed a phenomenal increase in ratio of broadband
penetration which is currently surpassing 24% from less than 3% within
shortest span of two years” she said.
The minister said that Pakistan’s free-lancers in the field of IT
have been ranked number 4 in the world. Pakistan is aggressively
pursuing an accelerated digitalization programme to spur
socio-economic growth in the country, she added.

She said that recently launched ICT for Girls Programme was aimed at
passing on the benefits of ICT to the less privileged section of
society.

Anusha said, that under the programme girls from marginalized sections
are being trained on coding and computing with the partnership of
Microsoft to increase their employability potential.

Besides, under Universal Service Fund the government is spending
billions of rupees to provide telecom and broadband facilities to
un-served and under-served areas of the country, she added.
Anusha Rahman said that the ministry is simultaneously working on
supply and demand side of this sector.

The minister said, “on one hand we are providing connectivity to the
people of un-served /under-served areas while on the other hand we are
working on the affordability and accessibility of these services. So
that people of these marginalized areas could get equal benefits of
technological advancement in the country.”

Under women empowerment program , she said, the government is doing
feasibility study to provide thirty thousand smart phones and
trainings to the women folk of lowest income strata who have been
registered with BISP.

She said objective of the programe is to give access to the basic
E-Services to these women living in rural areas.

The minister said the country had successfully countered the menace of
Grey traffick with effective policy intervention.

She said that with strenuous efforts of years, the ministry brought a
comprehensive piece  of legislation in the shape of cyber crime Act.

At the end of the session she responded to the multi faceted
questions of the members of the youth parliament.