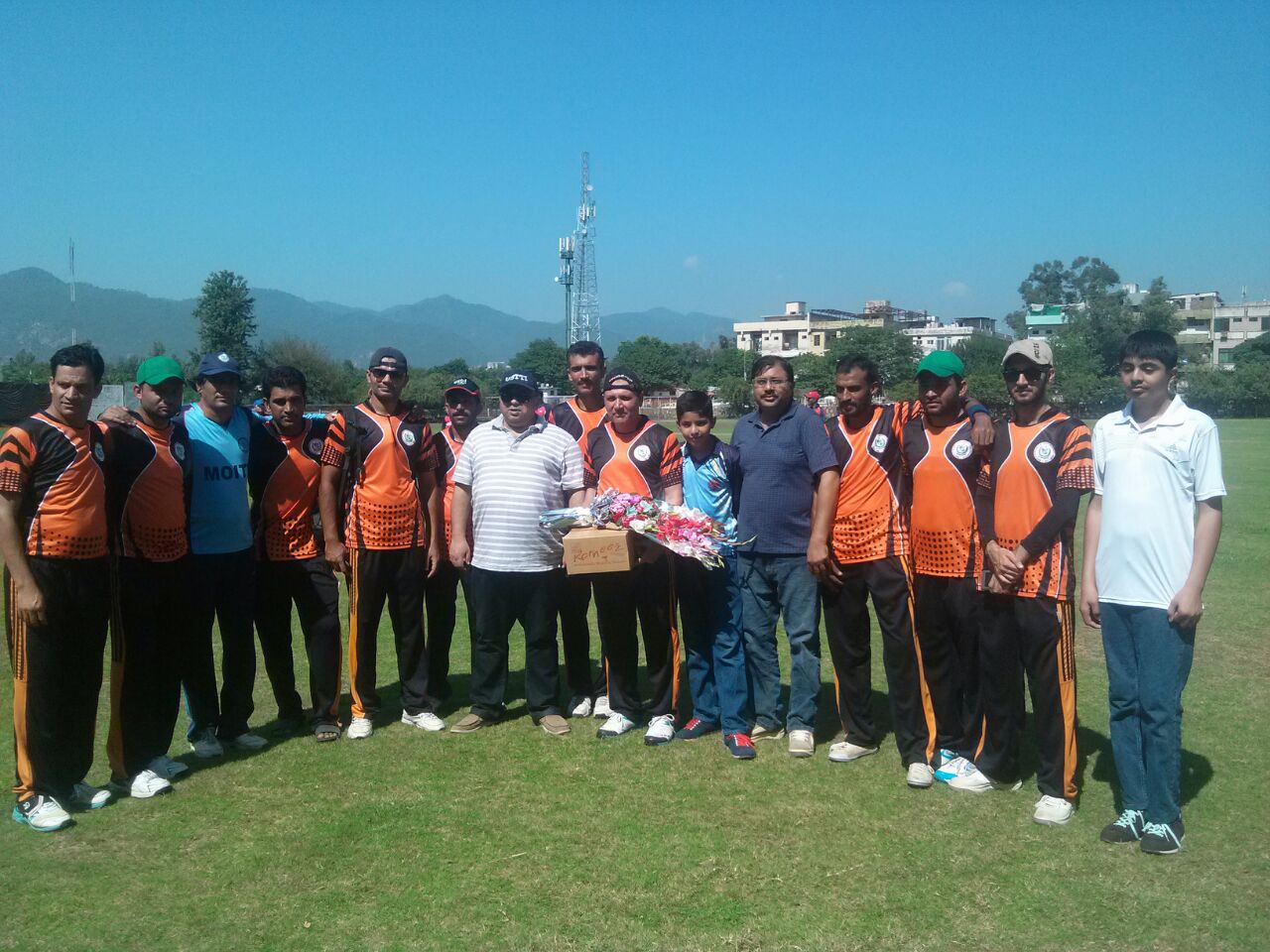 Ministry of IT Cricket Team Won The Match

An opening match of Islamabad premier league (IPL) 5th edition was held between IT wizards (team of MoIT,) and BCC(Barakahu cricket club) at Ch Rehmat Ali stadium G-7 Markaz Islamabad today . IT Wizards (MoIT) won the toss and decided to field first. BCC team could score 129 runs in 20 overs which were chased by IT Wizards quite easily. Mr. Jameel and Mumtaz from MoIT team did excellent bowling and took 4 and three wickets respectively. Mr. Asghar from IT wizards was declared Man of the match who  secured 69 runs on 27 balls and contributed a lion’s share In the victory of his team.

Syed Khalid Ali Raza Gardezi (Joint Secretary, Ministry of IT) and captain of  IT wizards
Congratulated his team for this marvelous victory and extended his best wishes for next matches. He also extended his appreciation for the organizers of Islamabad premier league tournament.

It’s  pertinent to mention that total sixteen teams are selected for this tournament which will be further  divided in four groups and each group will have four teams.