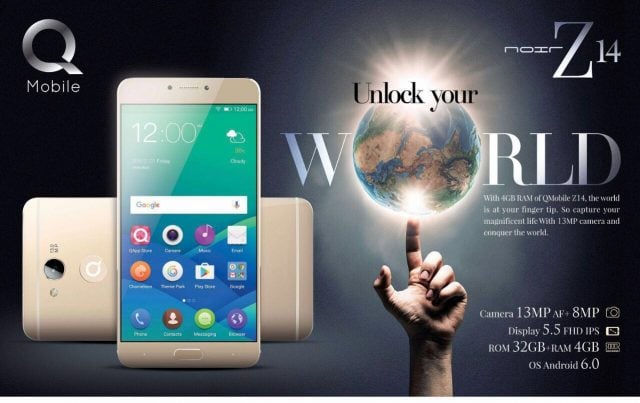 Qmobile Z series is one of the most eye catching and powerful series among all the devices of Qmobile and yet this time Qmobile has introduced its new flagship Noir Z14 in its Z series with some quite amazing features and has showed a little power-up in performance.

Qmobile Noir Z14 is powerful yet light weight and purely metal. The design is quite elegant and looks similar to Z12. Furthermore the battery is non-removable and has capacity of 3130mAh which is quite impressive as Android phones do require a larger battery to run along with your day.

The most catchy feature of this smartphone is the all new worlds fastest fingerprint unlock placed right at the front and gives you the feeling of High End Smartphone.