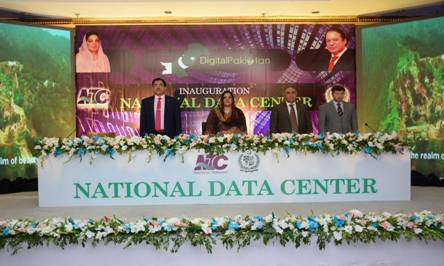 “Digital Pakistan” is the ambition of Prime Minister Muhammad Nawaz Sharif to automate government and make it more efficient. This took a large step to realization as National Telecommunication Corporation (NTC) under the guidance of Ministry of IT & Telecom established a cutting edge cloud based National Data Center for the government and public sector entities. While addressing to the participants of inaugural ceremony of National Data Center Minister of State for Information Technology & Telecom Anusha Rahman said, “it’s an historic occasion for the government and NTC for achieving yet another milestone committed by our government.”

Inbox working with NTC was able to build a state of the art complete cloud ready Data Center offering Software as a Service and Platform as a Service. The Data Center is fully virtualized across storage and server making it hyper efficient. Next generation security platforms are deployed end to end in the Data Center. As a Tier 3 Data Center it is extremely resilient with redundancy built into every aspect of the design including power and bandwidth.

Not only is the Data Center incredibly powerful and capable of managing heavy computing loads, it’s built for agility with cutting edge technologies for application delivery. It will be at the heart of delivering digital citizen services thus creating engaged and satisfied citizens and a more productive national government.