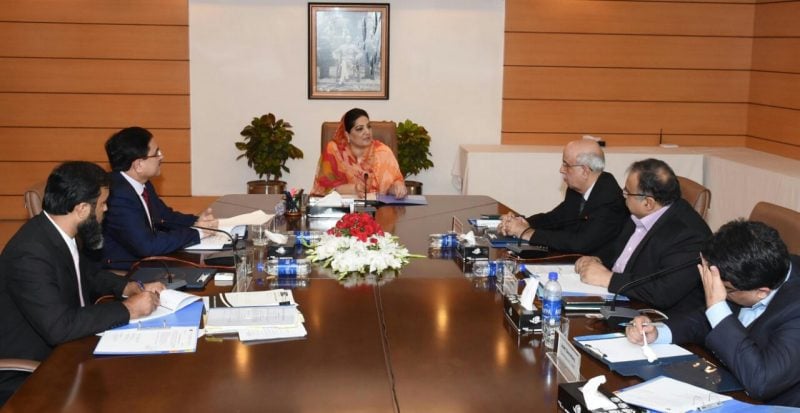 Minister of State for IT & Telecom; Mrs. Anusha Rahman has directed NTC to come-up with a proposal for establishment of a state-of-the-art “Technical Training Academy” for young telecom graduates in order to enhance their employability potential. She stated this while chairing 90th NTC Management Board Meeting here at NTC HQ’s today. MD NTC; Viqar Rashid Khan and Special Secretary Finance; Dr. Shujat Ali were also present in the meeting, Joint Secretary (Development) and Joint Secretary (Admin) MoITT also attended the meeting as special invitee’s.

MD NTC apprised the board that NTC has made phenomenal growth during last three years under the leadership of MoS IT Mrs. Anusha Rahman and expanded its infrastructure throughout the country. Moreover, NTC has also achieved 36% growth in broadband sphere. He further informed the board that NTC has totally reinvented and transformed its-self by installing state-of-the-art network exchanges and not only increased its consumer base but also earned a net profit of Rs. 257 million, which is a record performance in public sector.

MD, NTC further said that NTC has established first cloud based National Data Center with strenuous efforts in order to provide a secure environment to Government entities to host their data and applications.

Samsung, being the technology-enabler, congratulates ‘Whisper O’ and ‘Micropower Labs’