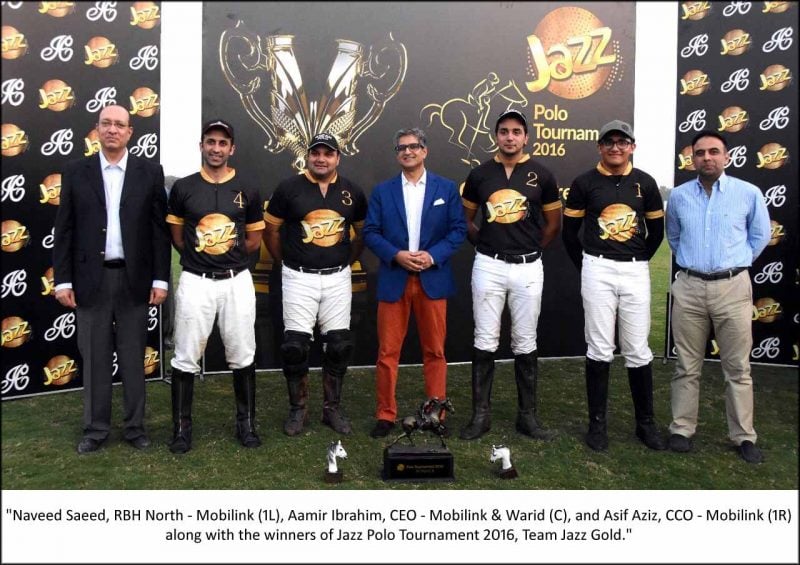 The tournament was in line with Jazz’s promise to empower societies by providing relevant resources to guide them towards success. Jazz Gold, a brand for premium customers, organized this polo tournament in collaboration with Islamabad Club to promote the ‘Game of Kings’ and build an affinity with the brand.

Speaking at the event, Asif Aziz, CCO – Mobilink stated, “Congratulations to the winning team for showing unwavering commitment throughout the tournament.”

He further added, “Jazz has been organizing various sporting events since its inception, as a means to promote sports in the country, while also highlighting the need to incorporate a healthy lifestyle amongst the public. We decided to add Polo to the growing list of sports we are supporting to promote the diversity in our customers interests.”

Adding to his comments, Naveed Saeed, Regional Business Head North – Mobilink said, “Our association with Polo under Jazz Gold’s banner looks to create an affinity between the brand and Pakistan’s royal game. This is the first of many such tournaments to come.”

Prizes were distributed amongst the participants at the closing ceremony, before the trophy was handed over to Team Jazz Gold by Aamir Ibrahim, CEO – Mobilink and Warid.