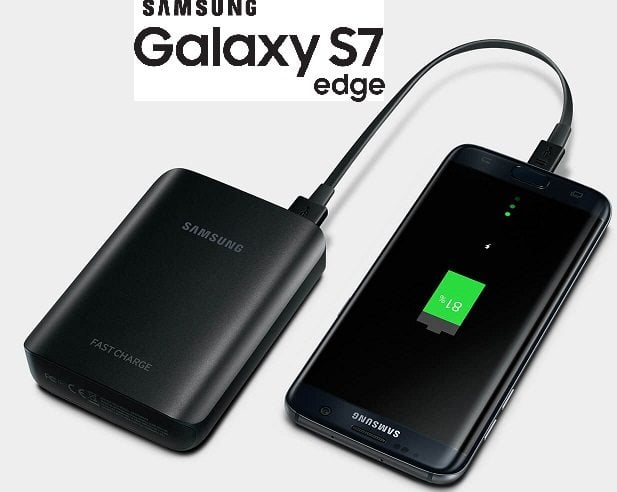 Samsung Pakistan has launched a special offer to give a free ‘Battery-Pack’ to every buyer of its premium smartphone device – the Galaxy S7 Edge. The Samsung battery pack, with a 5200mAh capacity allows you to charge your Fast Charge-compatible Samsung device from 0 to 50% in only 30 minutes. So now the customers can enjoy this Fast-Charge technology on-the-go, as the Battery-Pack can be recharged over and over.

The Galaxy S7 Edge is a sleek and powerful device, equipped with a 3,600mAh battery that lasts longer and also offers fast-charging & wireless-charging features. This cutting-edge smartphone boasts a powerful 12.2 Mega Pixel primary camera, with BRITECELL Sensors, along with an 8 MP Front facing camera with Dual Video call feature. Its advanced camera captures more light to deliver high quality images. The F1.7 lens on both sides of the phone and larger pixels on the rear camera’s image sensor allow for brighter and sharper images – even in low light. The S7 Edge has pioneered the world’s first dual-pixel sensor on a smartphone camera. This proven technology, first introduced in a professional DSLR camera, is now available in the Galaxy S7 & S7-Edge.

JazzCash Enter into a Strategic Partnership with Karandaaz