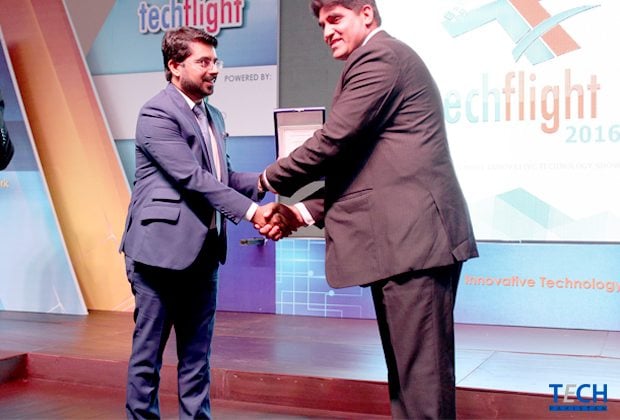 TECH Pakistan has attended the Techflight event. It went marvelous and as planned. With phenomenal people attending the event, the organization’s participation was noted by all. In this not-so-big writeup, I will disclose to you what TECH Pakistan’s agenda was for being on board this great event.

While on board the event, TECH Pakistan learned about the phenomenal collaboration of different companies with techflight and their initiation of different products in the technological sector for enhancing this field. TECH learned and appreciated the efforts of Mr. Usmain Sheikh, CEO of OZI Group which held the event. He shared that the group is continuously engaged in making an ecosystem that is focused towards smartphones involving hardware and software products including apps, different games, networks of publishing, Consoli Ads – an ad network, Photex – competitor for Facebook, Tello Talk – competitor for WhatsApp and the list goes on. Furthermore, the company’s R&D department is working on products like Android Robots, E-Vehicles etc.

Not just this, TECH recognized the session by Mr. Usman Latif – Head of Marketing of The Game Storm Studios talked about how the audience is moving to small screen of mobile devices from the desktops impacting the budget for ads to switch vastly to the mobile ads. On board techflight event came Mr. Awais Naseer – CEO of Slingshot Studios primarily discussed about AR and VR.

Enhancing the noble and techy thoughts of TECH Pakistan, Mr. Abdul Razaq Raja – Advisor for OZI Group remarked the countless efforts of the setup in its effort to bridge the gap between emerging technological youth and technology. He stressed on the point that youth should have confidence in themselves by making the most which is there and getting the best out of it.

TECH Pakistan encouraged the thoughts of the group’s CEO who also talked about how OZI Group has managed to raise the profits for apps and gaming industry in the previous 5 years – increasing from $0.5 to $14 million.

The event also saw meeting with these exceptional personalities. Team TECH discussed about future ideas to incorporate for leading the country’s youth in technology field, especially focusing on startups to begin.

Mr. Kanwal Masroor, the Chairman of TECH Pakistan congratulated Mr. Usman Sheikh on his promising invitation of the organization and also allowing to see and comment on how technological sector has flourished under such heads.

Zong Achieves Highest Ever Monthly Revenue of PKR 5b

Huawei Nova Plus available in the market