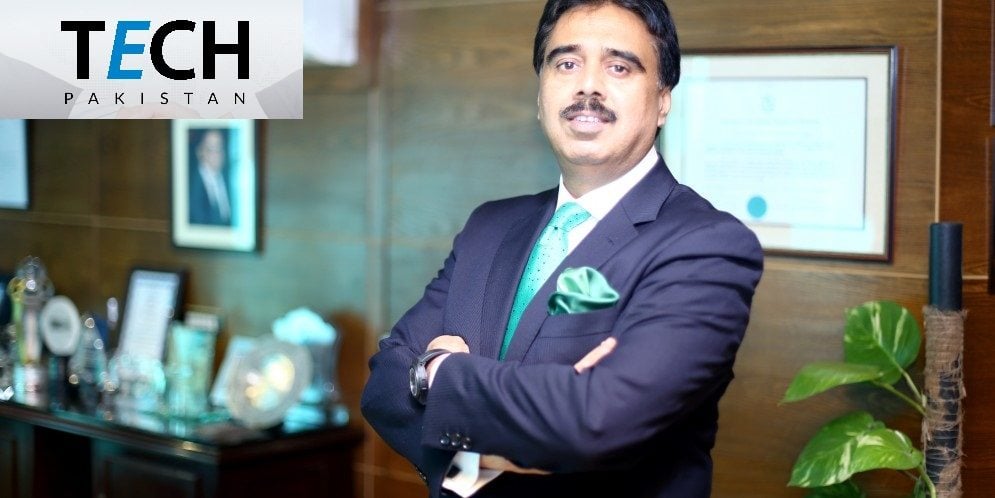 Are you thinking what I am thinking? TECH Pakistan has a new chairman, and guess what, it’s Mr. Salim Ghauri – The CEO and Founder of NetSol Technologies!

You have got to see to believe it but it is true. We know it’s not easy to take but even the oddest can now sit back and relax.

TECH Pakistan’s ever-growing fame has been because of its dedicated efforts focused towards the technological world of Pakistan. Its name is on the tongues of many, the reason being its outspread message representing those youths who do not have access to the entrepreneurial world, allowing for startups in the name of technology. Its remarkable presence owes primarily to the institutions who are ever-ready in organizing events backed with technological presence as well as an aim to groom the essence of entrepreneurship in their students.

Setup with the aim to bridge the gap between minds and technological industry, TECH Pakistan is a one-stop setup to help you tremendously, considering that you are ready. It can connect you to the corporate world, where skilled, professionals and sincere mentors will be there to get you an international as well as local presence of your work.

TECH is gratified with the presence of Salim Ghauri – the name behind NetSol Technologies, a one-man army who seeks to make technological sector successful. Talking about this personality, he is a self-made man. Because he has seen and grown up from different and difficult stages of life, he believes that only getting degrees does not take an individual to upheaved levels. It is the practical experience which according to him makes the person who he is.

Mr. Ghauri has been on board TECH since a long time and have contributed with his phenomenal speaking in official sessions conducted by the organization. He has been an active player in sharing his thoughts on the insights of the setup, primarily due to his big experience of the techy market. Mr. Kanwal Masroor and Mr. Salim Ghauri have great in common, catering to TECH’s success. Their work chemistry leads the market where even the odds speak of them with the greatest respect.

We once again congratulate Mr. Salim on his inspiration start as the new and active chairman. As acting person on TECH, we should expect a lot to happen in the technological sector in near future. We wish him all the best in his future endeavors, especially being on TECH Pakistan.

Telenor ambition to develop a digital ecosystem in the country