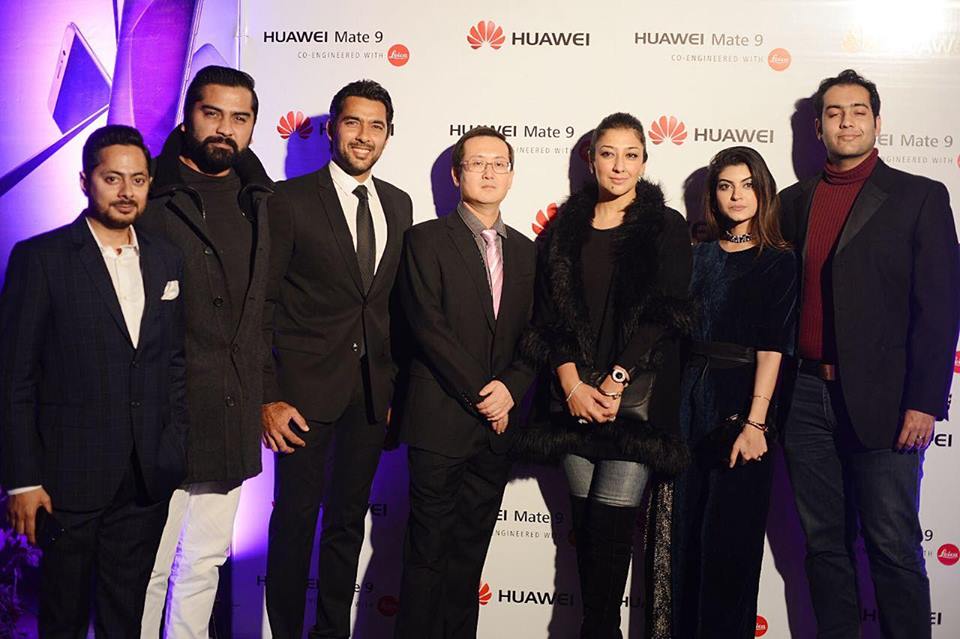 Meet the Mate! – Pakistan takes a step ahead with the new Mate 9

Huawei the global technology leader has kicked off the launch of its latest Flagship device in Pakistan with a bang.  The tech giant hosted a press conference and exclusive launch event in Lahore on 9th December to announce the official launch of this highly anticipated Mate 9 Smartphone. 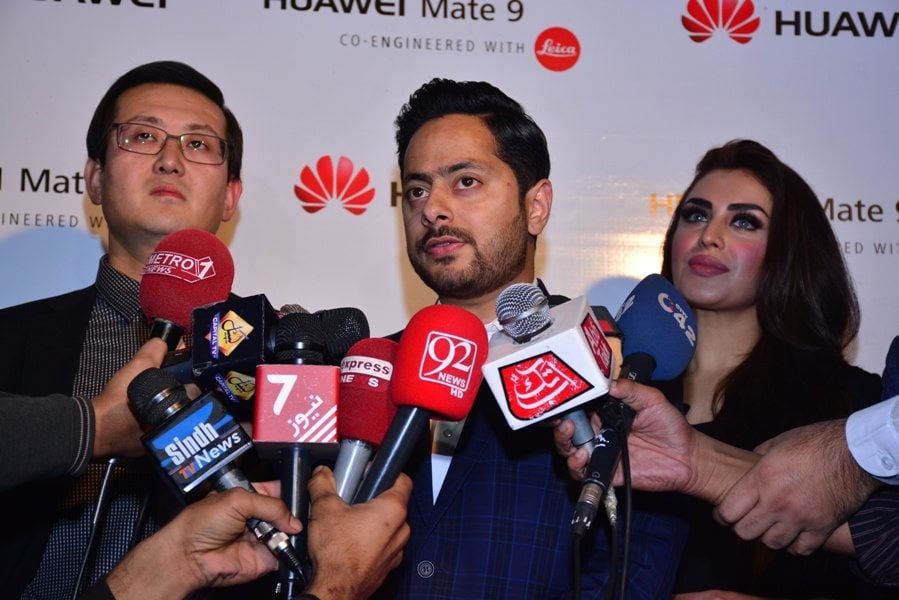 Team Huawei introduced the device and explained its groundbreaking features. The event kicked off with a presentation by the Country Manager of Huawei, in Pakistan – Mr. Blue King. He gave an overview of Huawei’s successes around the globe and commitment towards technological excellence, while also presenting the pioneering features of the Mate 9 device. The Deputy General Manager of Huawei Pakistan – Mr. Fraz Khan also briefed the media about the 5 key selling features of Mate 9.  He talked about the exceptional speed, the supercharge 4000 mAh battery, the second generation dual lens leica camera, Mate9’s sleek design aesthetic and amazingly adaptable interface. 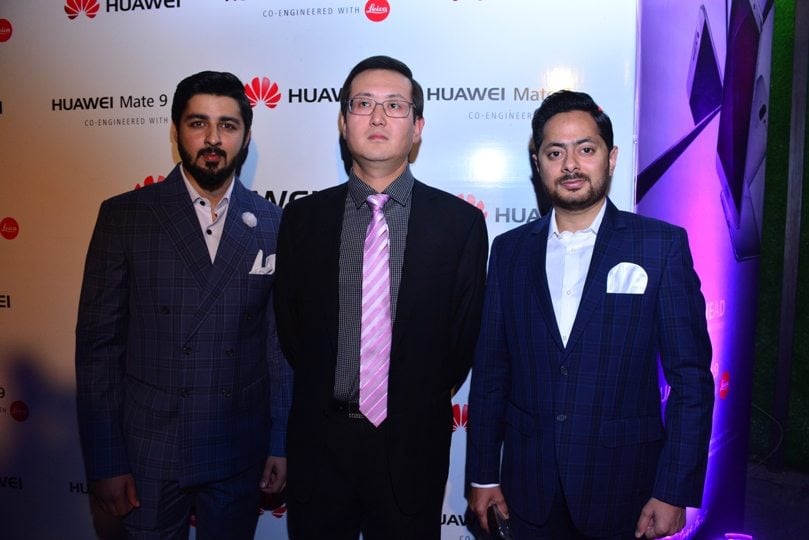 The event was hosted by the seasoned screen veteran Wiqar Ali Khan and Sara Isis and was done in the spirit of the device it championed – Truly A Step Ahead. It was attended by all who’s who of the industry from the cinema to the small screen. Audience favorites stars like Javed Sheikh, Saleem Sheikh, Humaima Malick and Resham to celebrated faces from the fashion fraternity like Deepak Perwani, Maheen Kardar and Fahad Hussayn  amongst others got together to celebrate this coveted device. Having experienced the Mate 9 first hand, all the guests had nothing but praises for this sophisticated machine. Some saw the usability of its supercharging battery while others were impressed by the second generation leica camera. The Mate 9 is truly a device that takes up the tremendous task of answering all modern day user qualms. 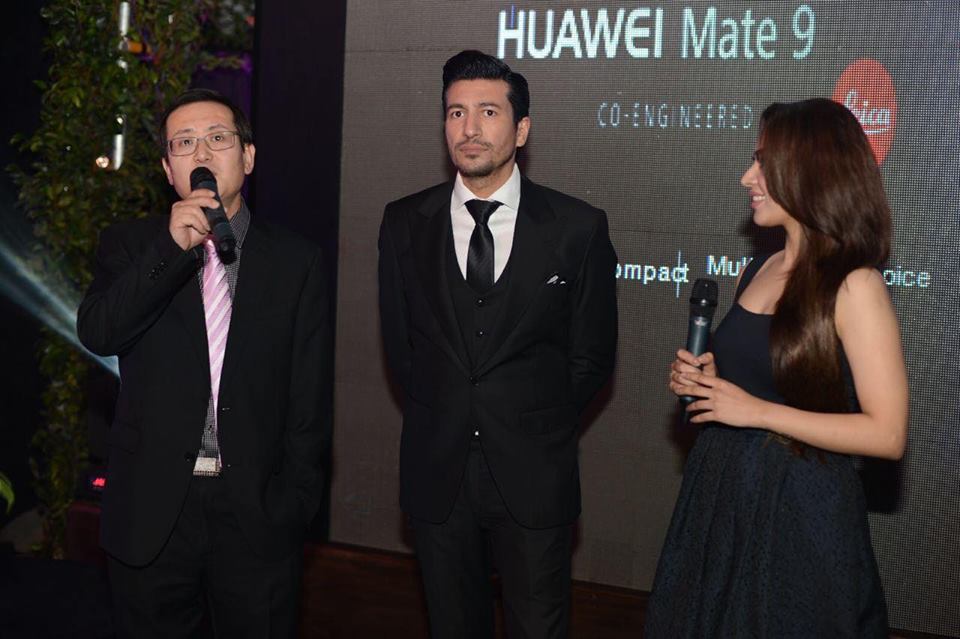 The Mate 9 is the fastest phone in the Smartphone market with a top of the line Kirin 960 chipset that’s being introduced for the first time. It is with Artificial Intelligence, based on a Machine-Learning Algorithm, whereby it has a revolutionary capacity to gain speed and perform faster as you continue to use it. It keeps analyzing and adapting to its user’s preferences and behavior patterns, to create a personalized experience that is clean, fluid and inspired by natural environments. 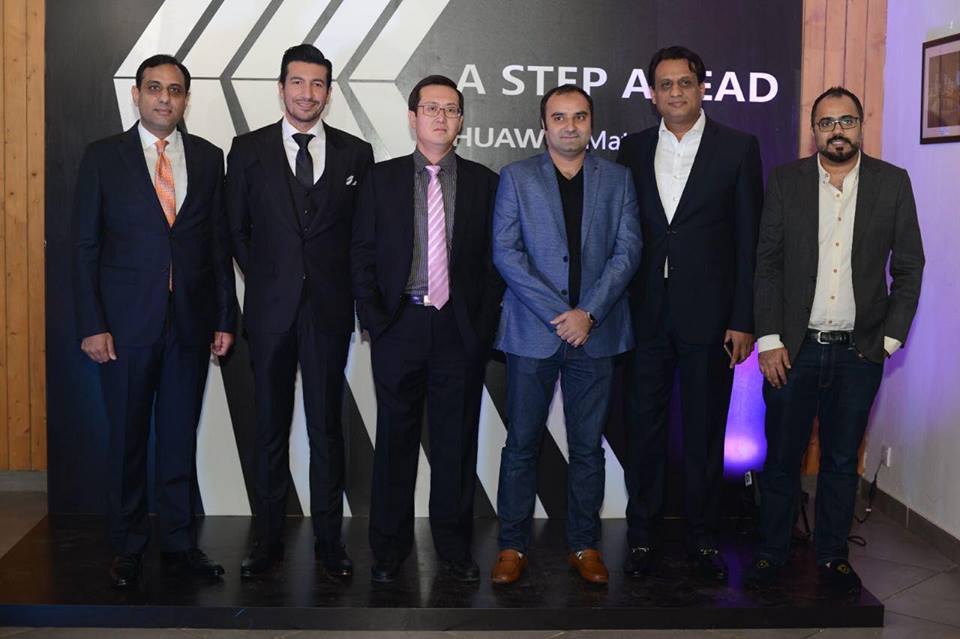 Its second generation dual-lens camera is co-engineered by ‘Leica’ – the world’s leading creator of high-end cameras. It includes a 20MP Monochrome lens, and a 12MP RGB to capture unmatched, professional-quality images in all lighting conditions. The Mate 9 also boasts Huawei’s latest supercharge technology, that rapidly powers the 4000 mAh battery within 20 minutes, enough to deliver an entire day of telecommunications. A fully charged battery will last two days.

It was designed with Porsche and contains all the trademarks of Porcheis known for the sleekness, the simplicity and the speed. With its large 5.9 inch FHD display screen and ultra thin 7.9 mm body it truly looks like a device of the future. This phone presents the most intuitive and responsive interface – the innovative ‘Emotion UI’ EMUI 5.0, to deliver the most fascinating software experience to date. With a 64GB ROM, 4GB RAM, along with microSD card slot that supports up to 256GB (using secondary SIM slot). The screen features a 2.5D glass and exceptionally high resolution & contrast.

The Mate 9 hit the retail market on 7th December with the price point of 69,899 PKR. It is already causing a stir with its hot sales. Huawei has marked its territory amongst the big players in the Smartphone market, with this avant-garde device. They look well on their way to achieving their target of becoming the no 1 Smartphone providers in the world by 2017.

Telenor Pakistan continues to empower society and contribute to economy

Huawei ensures its Super Charge to be fast, cool and safe