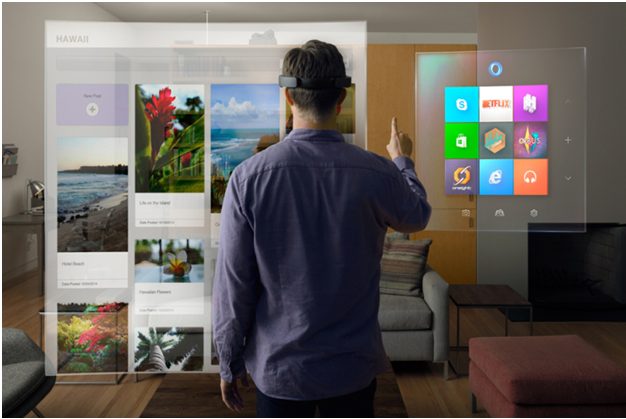 Thirst for technologies have lead man to enter the exponential age. Welcome to the fourth industrial revolution. Revolutions brought by ideological bases and gradual processes are more long lasting and effective. Year 2017 is creating hyperactivity among tech providers. All Corporations are working enthusiastically to provide consumer best updated tech product in this year. Below you’ll find the most important gadgets likely to launch next year.

A major overhaul is being planned by Google of its Chrome and Android operating systems to work on many more devices. The so-called Andromeda OS will also power a new kind of laptop built by Google. This thinking machine is expected to launch in the fall of 2017 and show off Google’s vision for the future of Chrome books. The laptop is said to work as both a tablet and traditional laptop and have a lot of power under the hood.

Microsoft’s advancement in their first-ever laptop, the Surface Book, is going to be even more updated in 2017, too. The computer got a bit faster and more powerful this year, but it’ll be interesting to see if Microsoft can push its capabilities even further in 2017.

Virtual reality headsets are going to be more innovative A new, free update coming to Windows 10 early next year will let just about anyone use a  VR headset with their PC. The headsets are much cheaper will start at just $299 and come from a variety of companies like Dell, Asus, and Lenovo.

Google is expected to launch its own watch as well. The circular Smartwatches will be Google’s opportunity to inject new interest into its wearable computers, a category that’s been dominated by the Apple Watch so far.

The first opportunity to recover from the Galaxy Note 7 catastrophe, Samsung will come with the launch of its new flagship phone, the Galaxy S8, in the spring of 2017.

While we don’t know too much about the device, Samsung has announced that it will include a new digital assistant powered by Viv, the artificial intelligence startup Samsung bought earlier this year. Viv was founded by the same people who built Siri.

Samsung is also likely to produce foldable Smartphone. Samsung has been working on bendable displays for years, but 2017 could be the first time we actually see it in a phone.

New iPads having unique design are expected to be launched. The new iPad models will focus on the Pro line, with improvements to the Apple Pencil stylus and new screen sizes. The iMac has also been updated with new high-resolution display by adding the new USB-C port to the iMac lineup in recent years. It’s been a long time since Apple has significantly updated the computer.

Nintendo fans are going to be amazed in March 2017 .That’s when the iconic video game company will release the Nintendo Switch, its new gaming console that works on televisions and doubles as a portable system. Nintendo announced the Switch in a three-minute video this fall, but we won’t learn final details like pricing and launch titles until January 12, 2017.

Xbox is going to be supercharged by Microsoft .The Company is currently working on Project Scorpio; a more powerful version of the Xbox One designed for 4K TVs and potentially virtual reality headsets like the Oculus Rift. The console will be aimed at gamers who value performance over everything else. It’s expected to launch in the fall of 2017.

Wearable computers seemed like a fanciful idea only recently, but now they’re pretty much the next big thing to go main stream. The emergence of the Oculus Rift could probably catapult virtual and augmented reality into literal reality.

Internet Base Rate are now lower down by Jazz