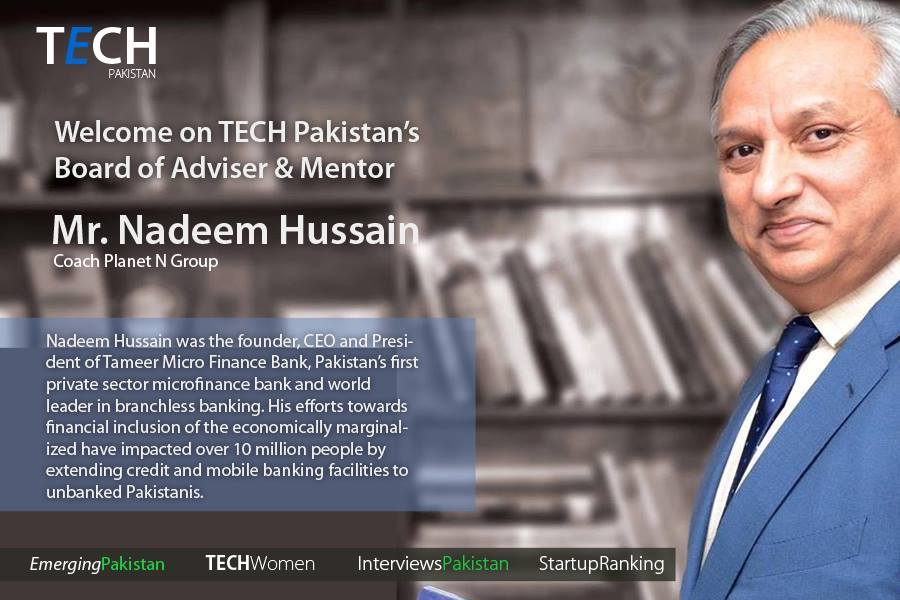 The bank is Pakistan’s first private sector microfinance bank and world’s leader in branchless banking. His efforts for the banking industry are countless. He has successfully helped the economically marginalized, over 10 million people. He extended credit and mobile banking facilities to Pakistanis so that they could enter the phase of stabilization.

For three decades, Mr. Nadeem worked at Citi Bank, operating in 8 different countries at the peak of his career. He enjoyed a handsome salary at his last assignment in Dubai.

Talking about the importance of microfinance banking, he said, “The need for microfinance and other constraints brought me to this sector,”. He further stated, “The core problems I wanted to solve was the lack of available credit for small businesses and the severely under-banked population.”

Talking about his initiative for Tameer Bank, he said that the need was immense because as of 2014, it was estimated that only 9% of the 200 million strong population had entree to account of bank. Nadeem was able to inject US6 million to start Tameer Bank which turned out to be a big success.

Mr. Hussain victors the reasons of financial enablement, access to healthcare, environmental sustainability, reasonable housing and facility of alternate energy to all Pakistanis. He has spent the last 8 years concentrating on these areas through his management of Tameer Micro Finance Bank and through his connection with numerous organizations.

TECH Pakistan has many companies and trainers on board who are closely knitted to promote the talented individuals to take the IT industry of Pakistan to another level of success and growth. The framework created and followed by TECH Pakistan is for the betterment and significance of Pakistan’s information technology industry.