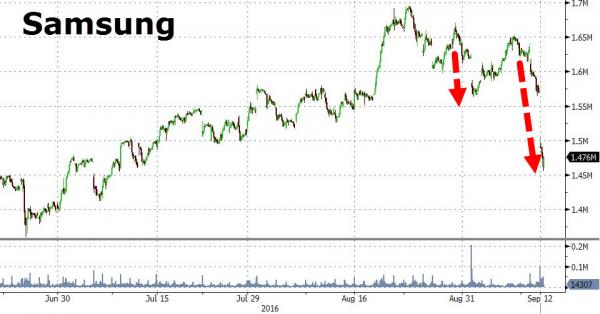 Samsung bears huge loss with collapse of its flagship device

Samsung has been a no less than a dominating force in not only in the field of technology, but also in other various businesses,  including food processing, textiles, insurance, securities and retail, and it wasn’t till years later that Samsung got itself involved in technology, probably the area which has yielded the most profits for the huge company. However, this same area of technology has caused Samsung a huge loss of profit, when one of its flagship phones, the Samsung Galaxy Note 7 caused great harm to its users, due to the battery being blown up. 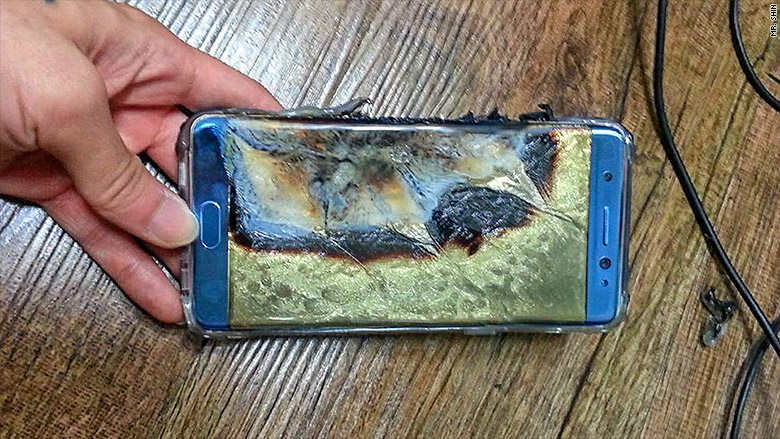 The note 7 has caused Samsung a huge headache, sometimes referred by other people as the ‘billion a dollar headache’. Samsung not only was embarrassed, but lost the trust of millions of its valued customers, and this all came at a point when Apple, Samsung’s fierce rivals were gearing up to launch their flagship smartphone, the iPhone 7. So not only was there a great loss in profits, but also Samsung now had to re-establish the lost trust of its valued customers. Samsung did, however, do their part in serving the customers right, by accepting a return of the Galaxy Note 7 and in this process, Samsung returned around 1.9 million units of the device.

When I said earlier that Samsung was not only a dominating force in the field of technology, but also in the other various fields, I meant it, and Samsung further showcased this point as their fourth-quarter profits might actually be safe, or surprisingly, even grow, as a result of their semiconductor business.  Latest news according to Korea times suggests that both IBK Securities and HMC Investing Securities have given an approximate value of profit, a profit of 8.7 trillion won in the most recent quarter. Chung Chang-won, senior analyst at Nomura securities said: “Samsung Electronics’ semiconductor division hit the jackpot in the fourth quarter and so did the display division. Consumer electronics also fared quite well. Three pillars would buttress Samsung’s fourth-quarter profit and in case the mobile business gets back on track next year by dealing with the aftermath of the Note 7 fiasco, Samsung is likely to chalk up a record annual profit larger than the 40 trillion won in 2017,”. 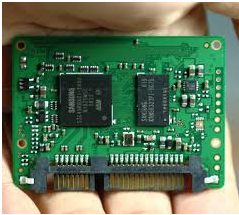 So, at the end of the day, it might not be the profits that Samsung has to worry about, but how to regain the trust of its valued customers!