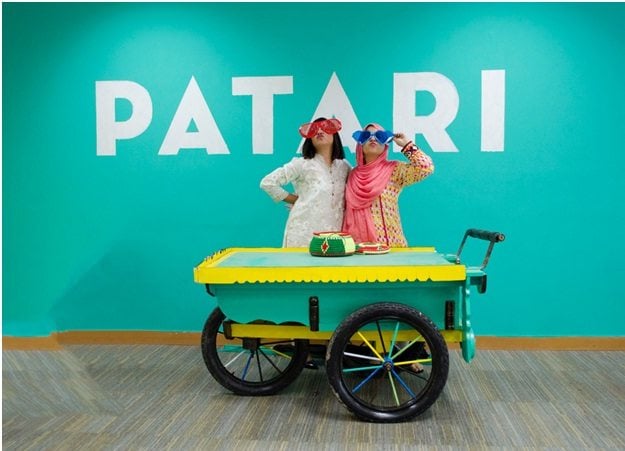 Patari reports an increase in its Seed stage funding from Sarmayacar to US dollars 200,000. Signing of the agreement took place in an event organized in Lahore in which the entire patari team was there, while members of Sarmayacar’s founding committee including Dr. Umar Saif, Chairman PITB and Nabeel A. Qadeer, Director Entrepreneurship and Enterprise Development, and Rabeel Warraich also attended the occasion. The CEO of Patari Khalid Bajwa expressed his concerns by saying that the novelty and investment Patari is bringing along in the field of music is the basic building block of their success. Praising the collaboration of Sarmayacar and Patari, he also said that the alliance would enable them to expand and discover the remarkable innate talent of Pakistani music industry.

The Director Content at Patari highlighted the two axioms been broken by Patari by sticking up to copyrights and making efficient payments, which previously weren’t considered possible in the local music business. According to him, the story of Patari isn’t confined to the success in music industry only, but it also sings in the appraisal of the quality technological products it produces.

Dr. Umar Saif, Chairman PITB also gave his narrative on this triumphed set up of Patari and conveyed them his best wishes for a victorious and well-off future. The time which was considered the toughest for Pakistani music witnessed Patari emerging for the good. A Beta service was introduced by Patari through guerilla advertising promotion in April of last year. Apps facilitating iOS and android were also introduced later on.

Mentioning the narrative of Sarmayacar,an organization that put emphasis on seed stage investments, the creator of the organization Rabeel Waraich stated the reason behind this grand collaboration by saying that the fading music industry of Pakistan can return to its existence by this partnership.