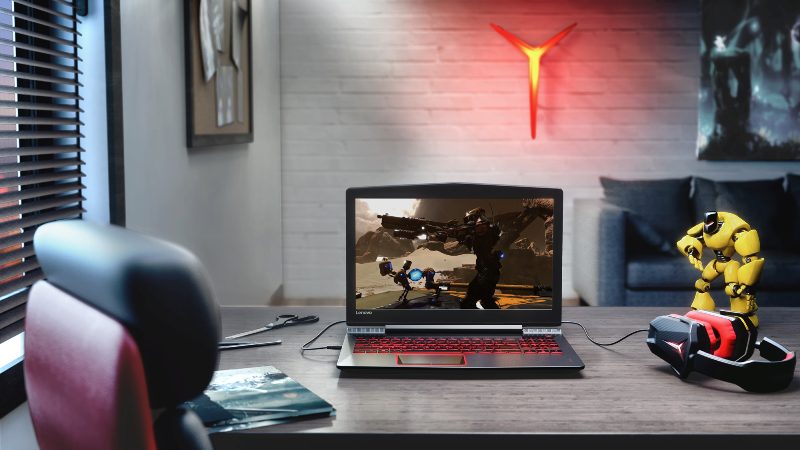 Lenovo being one of the world’s largest PC Company and a leader in personal technology has made certain advancements in its laptops. A race in which everyone runs faster to compete with its Razers and Alienwares around the world, Lenovo has also entered the gaming laptop market with its new series of Legion systems. Although they have typically worked on dashing design and display but this time focus seems to be based upon VR.

The initial launch will be gaming laptops of two modules named as Y520 and Y720. Lenovo has come up with all the specs required in gaming systems today. The design is certainly not much updated so it looks just fine. The wagering reality that we thought the preceding Idea-pad Y-series laptops looked quite similar. Now a day all the traditional gaming laptops available look pretty much similar.

Front side, if you observe will see an IPS display, measuring 15.6-inch in the Y520, and either 15.6 or 17-inch in the Y720. The former tops out at 1080p while the latter can go all the way to an anti-glare 4K. Both come with a multicolored backlit keyboard.

Now here we conclude that, this laptop with such amazing features is expected to support VR headsets for gaming and movie sessions. As it will be released with coordination of new Entertainment Hub, so it will automatically upscale regular content for VR. Xbox One controller receiver can also be seen, so you don’t need additional dongles for connectivity. The Y720 also comes with Dolby Atmos sound as well as a Thunderbolt 3 type-C port.