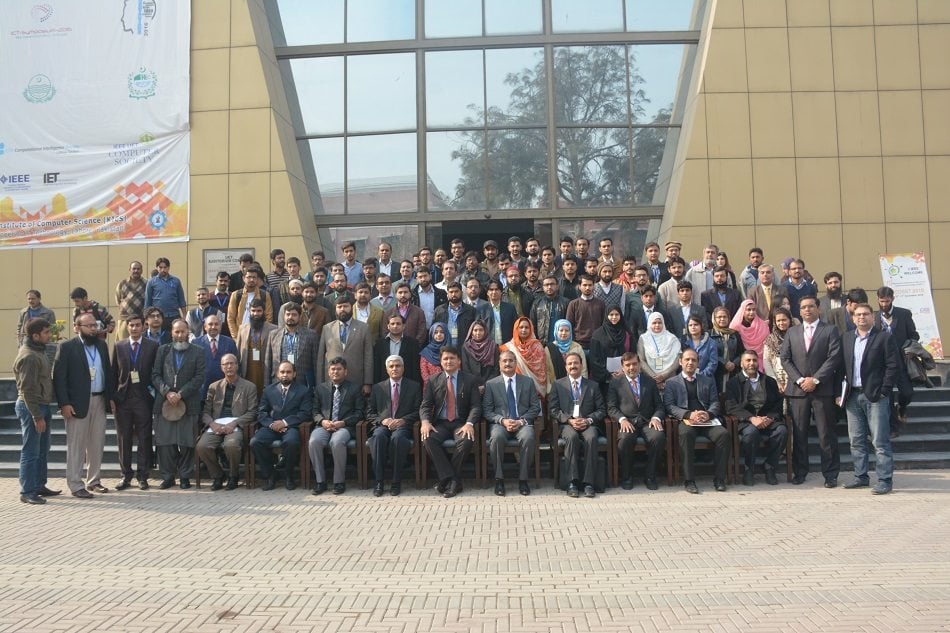 All Pakistan DICE Energy & Water 2016 Exhibition was held in University of Engineering and Technology Lahore on 19th and 20th December 2016 in collaboration with Al-Khwarizmi Institute of Computer Science (KICS) UET Lahore, ORIC Department Punjab University, CERAD UET, IEEE Industry Applications Society, IEEE Power and Energy Society Lahore Section and DICE USA respectively. The opening ceremony of this exhibition was held on 19th December at Main Auditorium of UET Lahore. The theme of the event was ‘Conserve Energy and Water for Green Pakistan’. Program’s objective was to establish a strong linkage between academia and industry of energy and water for providing a common platform to internet, share knowledge and collaborate on innovations and commercialization in order to grow the indigenous energy and water industry in the country.

Dr. Ubaid, in his views, first presented a brief history of DICE and narrated how since 2014 DICE had been in operations successfully. He mentioned how the issues related to energy and water could be resolved. He emphasized on the need of solar energy storage and how it could be done working with academia.

UET’s Dean of Faculty, Dr. Sohail Aftab said that we were suffering from the issues like energy and water in Pakistan. He stressed on the need of promoting solar energy in the country. He pointed out that water should not be wasted.

Director ORIC Punjab University Dr. Aamir Ijaz mentioned the mission of ORIC to launch research activities in Pakistan. He emphasized that being a good researcher could make you a good entrepreneur. He said that their (ORIC) aim was to develop students in a way that they could do jobs and create jobs being entrepreneur. Dr. Aamir said that we should utilize the water came from floods and rains, as it normally went waste as unutilized.

Vice Chancellor of UET Lahore, Prof. Dr. Fazal Ahmad Khalid said that the needs of country related to energy and water could be fulfilled by adaptation of modern techniques of management and generation. He mentioned that through applicable research, practical solutions could be obtained with systematic planning to cater down the issues related to energy and water. He narrated that the operation of industry agriculture was entirely based on energy for working efficiently to meet the demands of national and international markets. Vice Chancellor expressed his hope that the outcomes of this mega event will be fruitful for all stakeholders to constitute comprehensive and cohesive policy for energy and water.

Director CERAD UET, Dr. Waqar Mahmood briefed the audience about DICE and revealed the motto behind this event. He told the audience that the objective of this conference was to generate positive and favorable image of Pakistan’s energy and water industry in the eyes of the international community. He told that the country was fully capable of developing innovative energy and water products for domestic and world markets.

DICE received nearly 150 students’ projects from all over Pakistan, out of which more than 60 were chosen. At the exhibition displayed at the event, 50 stalls of industry and educational institutions were installed. The guests of the occasion visited the stalls and showed their interest in the products showcased there.

The first day’s event concluded with a social evening, where the artists from the television industry showed their talents and singers performed to the large audience.

While talking to the audience, the minister said that the government was much active in improving the situation of energy and water in Pakistan with the help of many projects going on and are in pipeline. He stated that the academia could really play a vital role in this regard. He emphasized on the need of conserving the water. Ch. Sher Ali also mentioned that the conferences of these kinds had a better role to play for developing the sense of saving water. He pointed out that government’s project on energy ‘Quaid-e-Azam Solar Park’ was on way to provide a big chunk of energy and more projects of these kinds had to be started off.

Senior Advocate Supreme Court Farooq Amjad Mir emphasized on the need of water conservation. He said that water wastage should be stopped.

Dr. Aamir Ijaz said that collaborations of the kind of UET and Punjab University that resulted into DICE 2016 could really bring up the benefits for the country.

Vice Chancellor UET Lahore Prof. Dr. Fazal Ahmad Khalid said that industry and agriculture were the major players for the progress of the country and were completely dependent on energy and water. For conservation and alternate energy like solar, wind and coal, the sense of realization must be activated for strengthening the concept of Green Pakistan.

Director CERAD and KICS UET Prof. Dr. Waqar Mahmood delivered a presentation on the introduction, history and functions of CERAD and KICS and then gave an overview of the 2-day event of DICE 2016.

Other guests too appreciated the event and the collaboration of UET and Punjab University to launch DICE event for the first time in University of Engineering and Technology Lahore.

The event concluded with the prize distribution among the three winners of the projects. Aeronautical Engineering, NUST bagged the 1st prize of 200,000 rupees, whereas University of Engineering and Technology Lahore won 2nd by winning 60 thousand rupees. The 3rd winner was from University of the Punjab who was awarded 30 thousand rupees. The provincial minister delivered the prizes to the students and then presented the shields to the industry personnel (who had placed the installs at the event) and then presented the souvenirs to the guests. Vice Chancellor presented the souvenir to the minister in return.

The event ended up with a positive and fruitful note of conducting next year’s exhibition again in Pakistan particularly in UET Lahore.