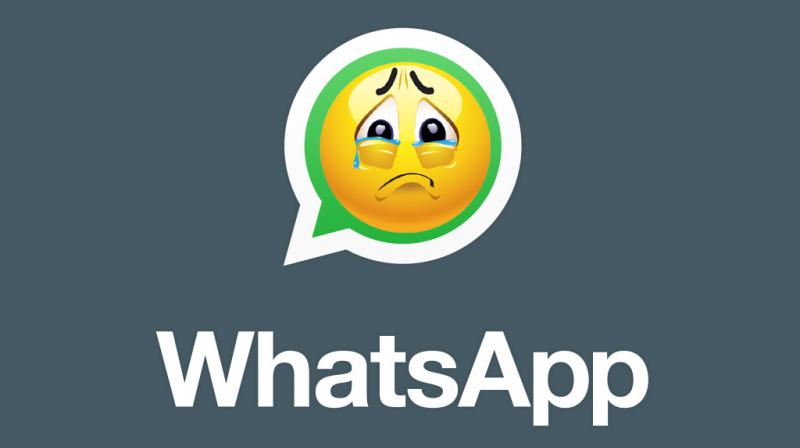 Whatsapp malfunctioning has been observed in few smartphones

Whatsapp is without a doubt the most used and popular messaging platform in the world, with more than a billion downloads coming from android only without any problems. Everyone uses WhatsApp these days it seems, and if you have a smartphone, having WhatsApp on your phone is then automatically a must.

Even though this is the most popular messaging platform, many users have recently claimed that they are facing some problems while launching the Whatsapp app on their smartphones. If you are also a victim of this problem, then there is bad news for you, as you might have to change your smartphone device, as WhatsApp last year cut support for millions of smartphones, not compatible with its new advanced features. Owners of old phones, phones such as the iPhone 3GS, and devices running android 2.1, and 2.2 may mostly face this problem. Even users of windows phone 7 operating system won’t be able to avail WhatsApp services after December 31st.

The popular messaging app has been popular amongst users since 7 years ago when it first made its debut. Whatsapp has been giving out new and new updates over the past few years, to not only enhance the quality of messaging, and calling, but also to enhance the security of the app. The older phones obviously cannot handle these updates due to their outdated hardware and operating system, hence the problems.

Whatsapp itself acknowledged the fact there might be problems, saying on its blog:

“If you use one of these affected mobile devices, we recommend upgrading to a newer Android, iPhone, or Windows Phone before the end of 2016 to continue using Whatsapp”

Later, WhatsApp provided good news to BlackBerry OS, BlackBerry 10, Nokia S40, and Nokia Symbian S60 users, when it updated its post, saying that it extended its support for these respective devices.

Sales of iPhone have not met presumed expectations

Cyber-security threats you must worry about in 2017