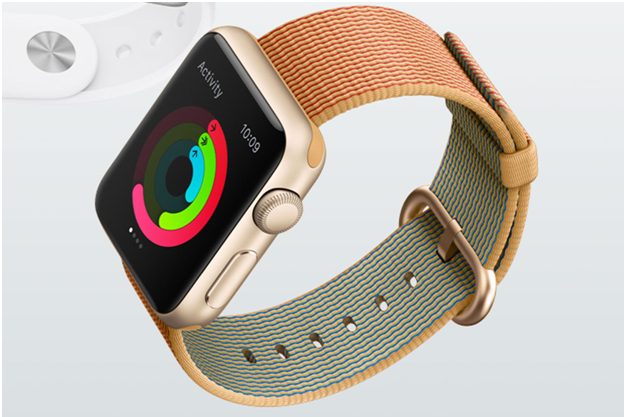 Apple watch sales were the biggest success this year’s holiday period for the CEO Tim Cook, while Slice intelligence affirmed the massive sales. The data was extracted by online statistics of receipt which showed a great rise of 111% as compared to last year’s watch sale in November and 55% from last year’s December. Tim cook seemed satisfied of his product’s elevated sales as he stated in an interview that first shopping week of the holidays encountered the biggest sale the product ever had. 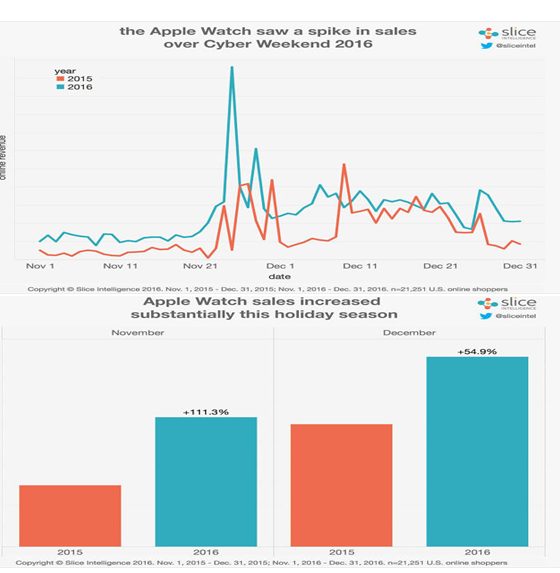 According to Slice’s statistics, the device was sold out in bulks particularly during the cyber weekend reaching its peak on 25th November which was marked by the black Friday.  Statistics also revealed the size of the product greatly consumed by Most of the people according to which Apple 42mm crowned the sale as compared to the 33mm one with an extremely narrow margin. Slice says the smaller version was more popular during the holidays last year.

Here it is to be noted that original online purchase data and e-receipts are the sources of Slice’s statistics while 20k shopping units were taken as the sample.