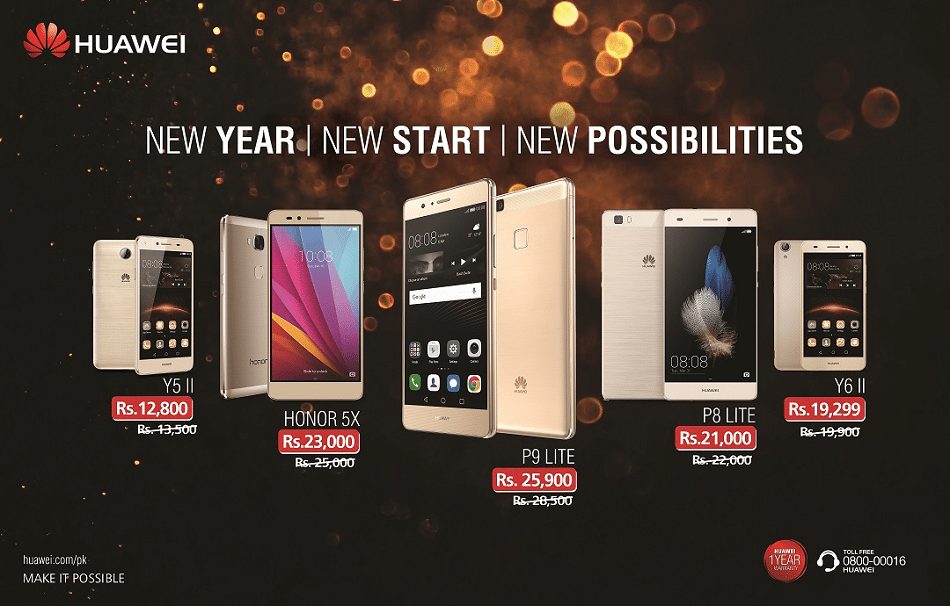 Huawei has swept the market with its startling new prices for the new year– Huawei recently unveiled the new price updates of a few of its hot-selling devices for 2017, which has the tech-lovers going crazy! To the consumer’s great delight, as a New Year treat, Huawei has decreased the prices for some of its best-selling smartphones in the market.

“Huawei firmly believes in staying up-to-date in this technologically advanced world and therefore, we go out of the way to be the most avant-garde smartphone company. Huawei believes in treating its loyal customers who have helped us become one of the top smartphone brands in the world and therefore, as a token of appreciation for the new year we have decreased the prices of some of our highly sought after models”. – Marketing Manager, Huawei.

As its New Year’s Resolution for 2017, Huawei manages to put forward yet another great deal for its customers. Go to buy a new year gift at the nearest store without hesitation or you will be left holding the sack.