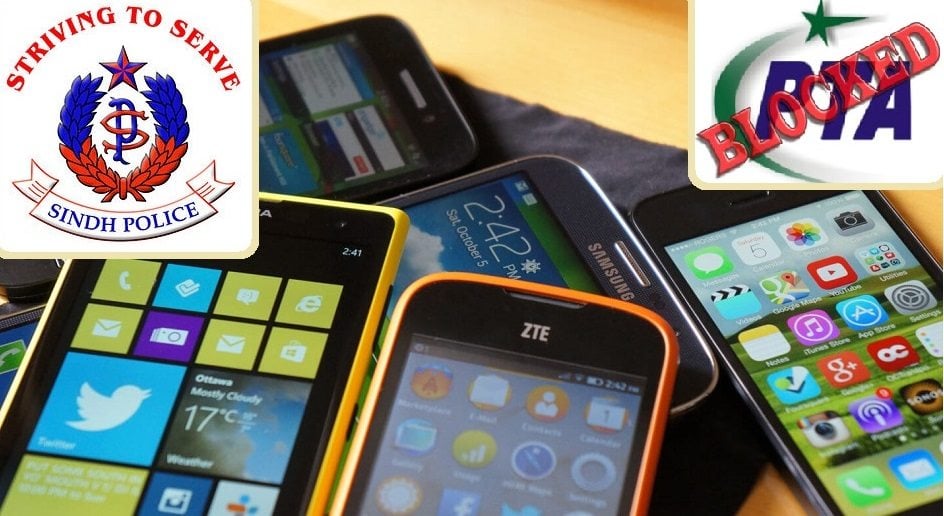 A software development for Police to block Smartphones is under process

To register smartphones along with subscriber identity module (SIM) a software development is under process. Its purpose is to resolve complaints received about loss or theft of a phone and finally blocking the device.

Discussion for this plan was held at a meeting of law-enforcement agencies, intelligence agencies, mobile phone companies and Pakistan Telecommunication Authority PTA representatives.

This important meeting was itself chaired by IG Sindh A.D. Khawaja and attended by Karachi police chief Mushtaq Maher and Zubair Habib of the Citizens-Police Liaison Committee (CPLC) among others, the meeting discussed the pros and cons of the new technology being developed by a local company.

Finally, Police has been awarded this technology, and it will in return definitely benefit the public. People were already facing this issue, as Police always refuse to block devices, by giving the reason of no means of technology and now all the prayers seem to have listened.

According to a statement issued after the meeting, the software associated with GSM, Android, and other cellular phone technologies would be ready soon. “Once the software is ready, with the insertion of SIM card, the said mobile phone’s IMEI number will be registered. In the case of theft or loss, when the subscriber will block the SIM, the mobile phone will also be blocked automatically.

“The software would help make the mobile phone’s recovery quite easy,” said the statement citing discussions at the meeting.

The important and appreciative thing is that Police Chief himself took the responsibilities of the task against street crime in Karachi after recent reports and data sent ripples through the power corridors. According to the CPLC findings, the number of street crime incidents surged in the last quarter of 2016. A total of 34,137 mobile phones were snatched or stolen across the city last year. After the regular police failed to curb growing street crime, the SIU was tasked with the job last week.

Another important proceeding is that SHOs were warned that they could face suspension and transfer if the law and order situation in their areas worsened.

“The recent plan to [use] technology [in the] fight against street crime is also the initiative of the Sindh police,” said a senior officer who attended the meeting. “But it’s just a beginning. Once the software is ready we need proper legislation or legal cover to bind mobile phone users to get their phones registered. And that registration process will not be lethargic or lengthy. It will be online or through some mobile phone application.”

“Once the mobile phone user was registered”, he said, that particular phone would come under a database and whenever the SIM card being used in that phone was blocked for any reason that phone would also be blocked.

The statement added that the Sindh IGP also “issued directives to all stakeholders to complete the framework soon so that the software could be made use of at the earliest. He asked the Pakistan Customs and the Intelligence Bureau, too, for the effective check of the smuggling of snatched and stolen mobile phones.”

Samsung has settled a new Service Centre in Karachi