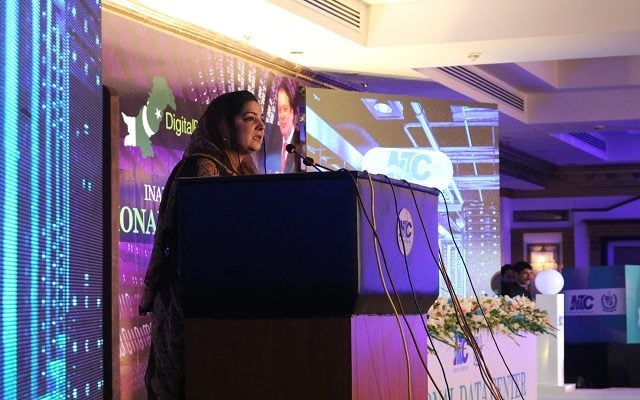 Minister of State for IT & Telecom; Mrs. Anusha Rahman has directed NTC to provide modern Telecom Services to Government subscribers at all Districts of Pakistan by the year 2019. She stated this while chairing 91st NTC Management Board Meeting convened at Ministry of IT today. Federal Secretary IT, Mr. Rizwan Bashir, Special Secretary (Finance) Dr. Shujat Ali, Member (Telecom) and Member (HRD) attended the meeting. MD NTC Brig (R) Viqar Rashid Khan was also present at the meeting. The Board reviewed the progress made by NTC on different projects during last six months.

MD NTC apprised the Board that NTC is in the process of adopting new technologies to provide latest telephony and broadband services in those areas where NTC telecom infrastructure is not available. NTC is the first operator which has introduced Machine 2 Machine (M2M) and Point 2 Point (P2P) solutions for extending NTC Telecom services using 3G/4G network of cellular operators in un-served areas. The Board also received a live demonstration of these modern Telephone sets including video conferencing facilities through landline terminals which was appreciated. NTC was asked to equip Government functionaries with these state of the art technologies/tools. During the meeting, NTC Board also endorsed the development projects for providing ICT services at districts of Haripur and Pakpattan where NTC network has not been previously available. Approval was also granted for extending NTC network at various Cantonment areas of Rawalpindi, Okara and Sarghoda Garrisons.

MD NTC also apprised the Board about the performance made during last two quarters. The Minister was told that NTC is successfully achieving its assigned tasks and this year NTC is going to complete 100% of its ADP projects which will be a record in Public Sector Organization. The achievement of KPI was appreciated.

The Board was also apprised about the recent agreement SPLA with Microsoft. Due to this agreement, now NTC can license Microsoft products to host software service and applications for their customers on monthly basis. Moreover, this agreement will have a significant revenue potential for NTC.

The Minister encouraged MD NTC for taking such initiatives to fulfill its role as given in mandate under Telecom Act 1996 and ensured her support to materialize all those projects which are beneficial for the country and the Corporation.