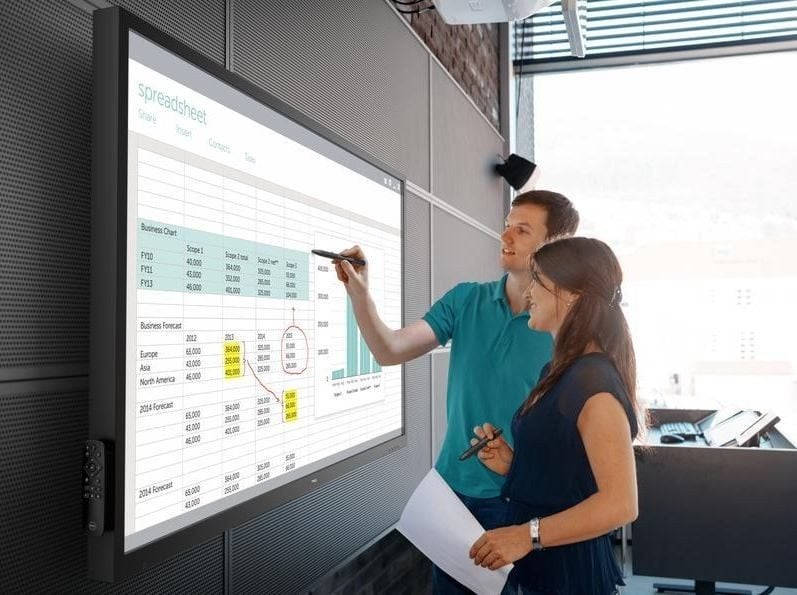 Dell in its giant touch screen form will no longer put stress on your pocket, as competition is rising between Microsoft’s Surface Hub and dell.  Dell has continued its efforts in education and business sectors, now with two new 4K Interactive Touch Monitors — 55-inch and 86-inch models.

It differentiates itself from the conventional Microsoft surface hub by not possessing a built-in PC, while it attributes 20 touch points and stylus holds up along with sufficient ports. You can even integrate a Dell OptiPlex Micro desktop right into the back panel of the monitors without the need for a separate power cord.

It offers cheap price range, at least lower than the Microsoft’s productions. According to the Dell officials,  The 55-inch monitor (C5518QT) will cost less than $5,000, while the 86-inch monitor (C8618QT) will come under $11,000. On the other hand, windows central has reported its sale to be initiated on March 30th.