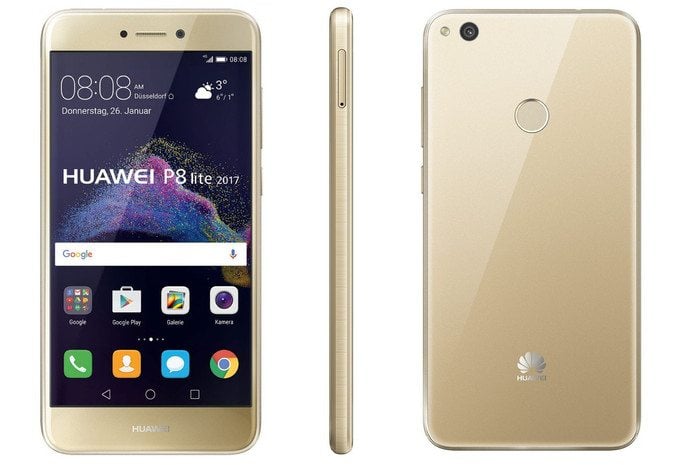 A couple of weeks ago, Huawei made an announcement which surprised a lot of people, an announcement made regarding their new phone, the Huawei P8 Lite (2017). The surprise did not come due to the Chinese company releasing yet another fine mid-range phone, but most of the surprise came due to the naming of the phone, and not because of the moniker used, but due to the name used in general. You would’ve thought the name would be the P9 Lite, from 2016, the previous year, and not the P8 Lite, from 2015, which is the case.

But aside from the illogical controversial naming, the P8 Lite seems to be a very decent mid range phone overall, and now it’s coming to the UK. Vodafone will start selling the phone on the first of February, and at the beginning, this will be only in stores, and through telesales. For an unknown reason, online sales will commence after some time. The phone comes with the good news that it won’t cost you a lot, considering today’s market. You would be able to purchase the phone on Pay as you go for 185 pounds, and if you wouldn’t mind waiting, then you can also go on a 16 pound a month plan for 24 months. One important thing to note is that only the black model will be available.

The P8 Lite would run on Android 7.0 Nougat, underneath Huawei’s latest EMUI 5.0 overlay, and it comes with the 5.2-inch 1080p touchscreen, a 12 MP camera, and an 8 MP selfie snapper. The phone has 3GB of RAM, 16 GB of built-in storage, and also supports microSD for expansion. The phone also has an impressive 3000 mAh battery.