Transport Authorities of Punjab Government has declared Careem, Uber and other ride-booking services as illegal through a notification.

For the implementation of this notification, Lahore’s chief Traffic Officer has brought into action and has been notified to stop these services working in Lahore roads.

Some confusion still needs to be rectified as if this ban is valid for Lahore only, or it will be implemented in other cities of Punjab too.

Earlier in NetMag December Edition, in an interview with CEO Limofied (newly arrived ride-booking app), he told us about the legality issues of Uber and Careem. And yet here we are, ban imposed on both of them. So let’s find out what actually notification states.

Some companies like Careem, Uber, and A-One Taxi are offering cab services through mobile network technology without registering the private cars with any regulatory body and without obtaining fitness certificate and route permits of these cars causing great loss to Punjab government.

According to the notification, field traffic officers have been directed to ensure that prompt action is taken against these illegal services and that they are not allowed to operate in the city. 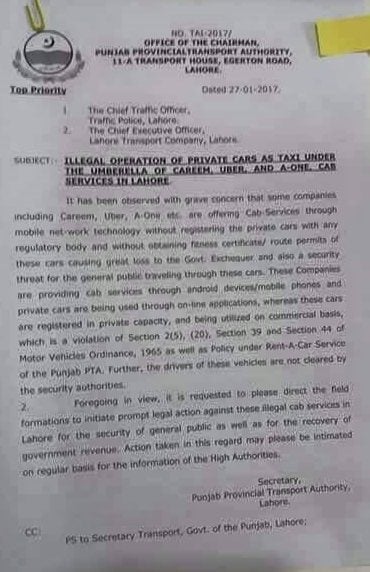 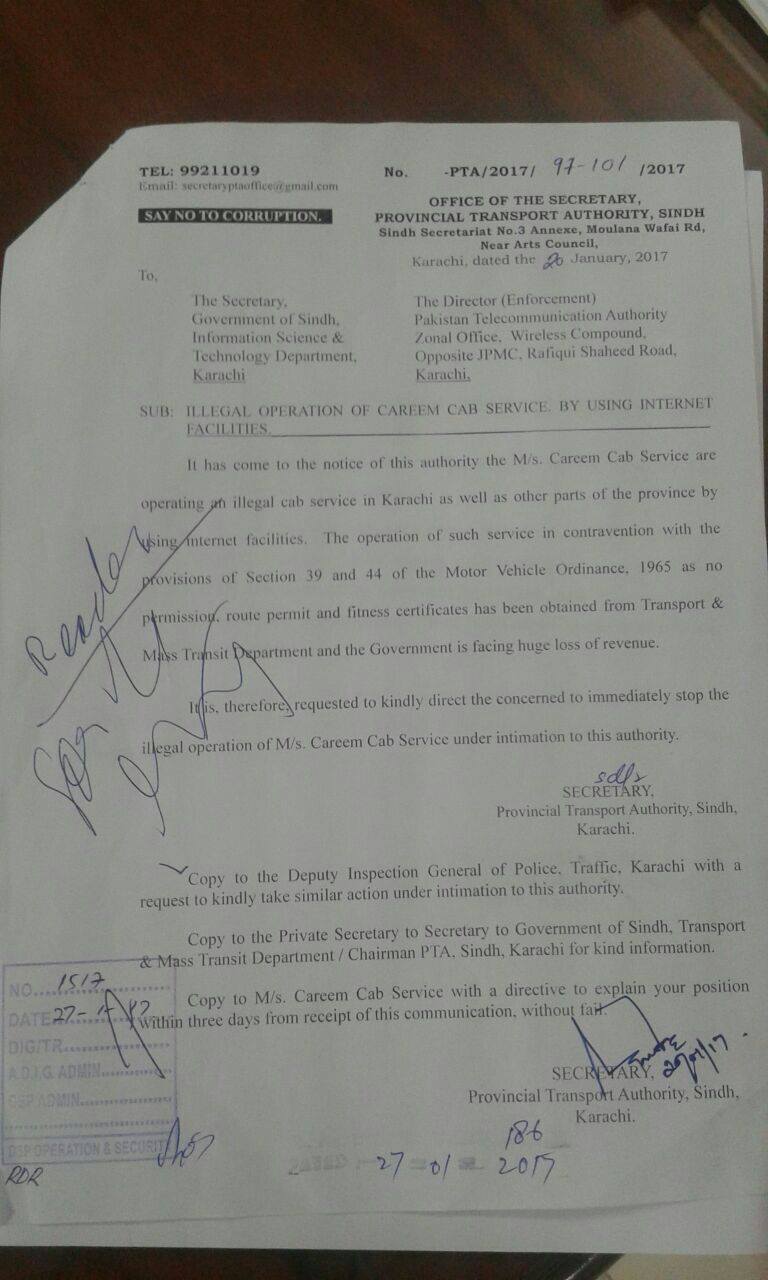 The notification says that since private cars are being used for transportation, and they must not be used for commercial purposes, such services are not only violating local laws but also pose a security threat to the public.

Well, this has certainly created exposure for Limofied to dominate this market. As they have firstly registered themselves to the regulatory body and then started their services. Although they are paying taxes to the government, but still offering, no surge pricing and reasonable fares, which is magnificent.

We contacted executives of Uber and Careem to gain their point of view on this but we didn’t get their immediate response. We will update the story as soon as we get the response from them.