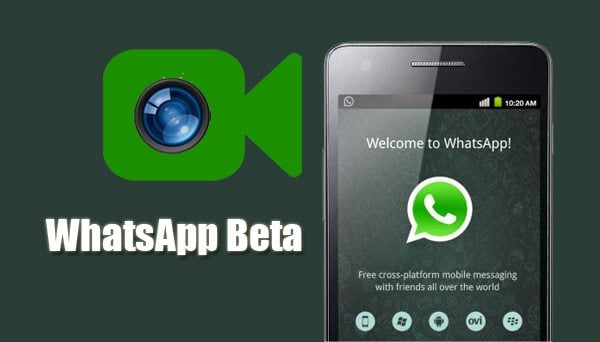 ICT
Home - ICT - Get the latest Whatsapp before anyone else!

The world’s most popular messaging service will soon be launching various features for both Android and iOS, but there is one way you can get these latest features right now! Whatsapp is no doubt in quite the demand, and this is supported by the fact that whatsapp releases new beta updates almost every day, and these updates quite often differ alot from the original version available on the google play store, or the app store.

Many users root their device, or even set their developer mode to download apps from third party websites, such as APK Mirror. But these methods are sometimes dangerous not only because they can be illegal at times, but also because downloading these might result in the accidental downloading of malware. Another problem which comes from downloading from such websites is that these apps are untrusted and might cause more than a few problems because they are often buggy, and crash alot more easier than trusted downloads from the playstore, and other official app stores.

If you want to avoid these complications, then you can quite easily avoid this by registering yourself as a beta tester for not only whatsapp, but also various other apps. If you want to become a beta tester for whatsapp, then go to the app store, or the playstore, search ‘whatsapp’, and open their page. Scroll to the bottom of the page, just above the developer information, and under the ‘become a beta tester’, click join. Joining takes no longer than 10 minutes, and no other additional information of the user is required.

Once approved as a beta tester, users will be entitled to a new update, as it released. And if you are wondering how different the beta version actually is from the original version, the latest beta version allows for new emojis and sending GIF images amongst other new features, which the orginal version does not have.

Apple to launch its special iPhone at its 10th anniversary