Do you still love your iPhone 7 matte black?

The famous companies always have loopholes in their consumer’s hospitality. Or the issues of mismanagement create black dots on the excellent performance. Same in the case of iPhone 7 matte black model, which caused embracement for their user when the black branded phones turn into white, with patches paint chipping from side edges and camera’s boundary. So, it is obviously not among the loveable devices in social context.

This issue highlighted with the ratio of complaints through different social means and sites as well. Some of the users of iPhone 7 matte black models dislike that their phones are suffering from paint chips. Some of the affected consumers claimed that the paint on their matte black iPhones 7 is chipping around the edges. 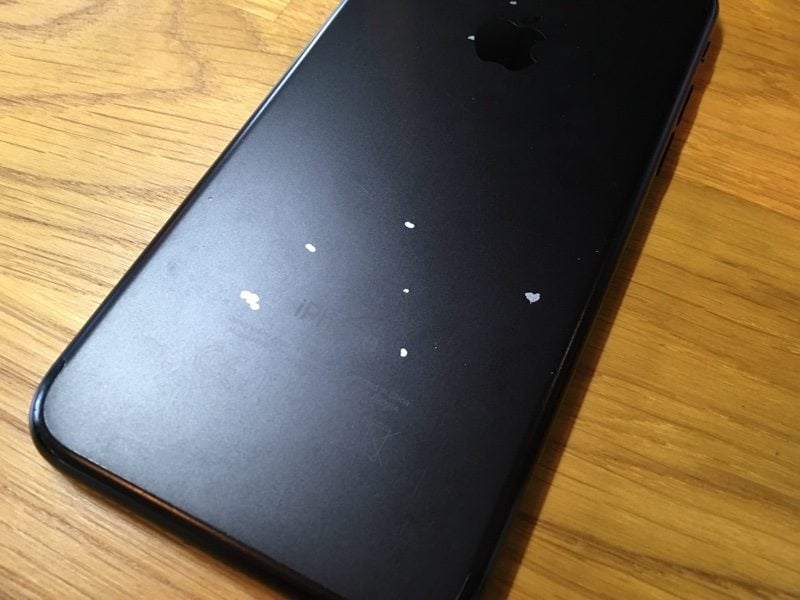 The condition of this instability of iPhones models badly even that a slightly rub of the pocket side is caused by the removal of paint patches. A user, who goes by the name of Phirsisch, claimed that the paint at the back of his iPhone started to chip off very heavily. “First there were some bubbles building up and then when I put the iPhone on a table the paint chipped off completely,” he said. Another user claimed that despite the fact that the device was kept in the Apple silicone case, paint chipping was noticed “paint chips even where the case is covering the phone”.

This isn’t the first time Apple has seen its device suffering from substandard paint finish. Back in 2012, the Cupertino manufacturer launched the iPhone 5 with a new slate color that users complained scuffed easily. Apple subsequently discontinued the slate color replacing it with space gray. There hasn’t been any official word from Apple in this matter and for now, users are resorting DIY solutions to address the issue.