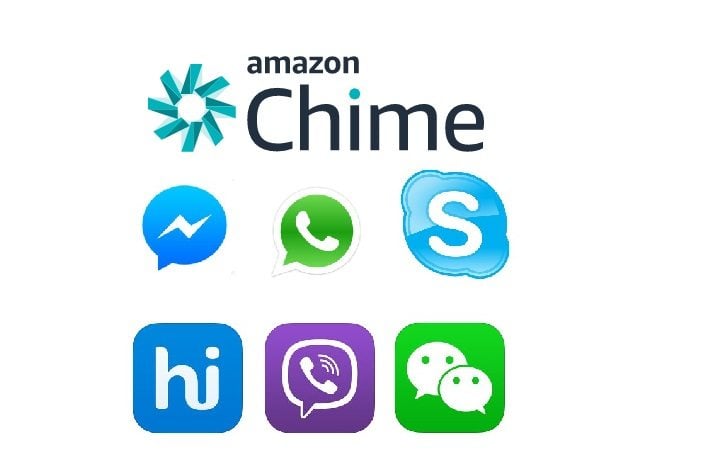 The technology flourishes rapidly according to the modern society. Amazon launched new featured messenger in the competition of Facebook and WhatsApp. Chime is the name of new messenger that contains the ability to built communication bridge among the two individuals or a team. Also simplifies the transferring data easily even the PDF files. The web features worked smoothly as compare to WhatsApp. This new technology considered a big challenge for rest of the social sites.

Amazon launched this app for entertaining its consumers with the new formation of the messenger. Chime app competes with the features of Microsoft, Skype, Facebook, and WhatsApp. So in the context of features development, it is considered more efficient and frequent app.This app is available on android, iOS Mac, and Windows mobiles phones. It supports video calls, instant messaging, screening sharing and VOIP calls. This app design in accordance to the mobile phones specially and the consumers easily move desktops through data cables. The most interesting feature in this app is that maximum16 people at a time join group video chat and enjoy the company of their loved ones and family. Also, the theme of the chatroom in this app makes its uniqueness more than any other app. In the start, this app serves their dynamic features for their consumers for thirty without any cost as on trial basis. One more interesting element in this app that u can search out your history data in the synchronize version of your devices. Chime has secured app in the context of haste modernism in our society.

The aspects of visual roster also clarify the importance of chime while chatting in a group and also you can selective to choose your group members like WhatsApp messenger to do in messaging. Amazon chime plus offers all its special features in just rupees 200 to 250 per month in which the charges of screen sharing included. In the case of video group meeting up to hundred persons included in chime pro app which charged fifteen dollars per month.

First Love of mobile phones─ Nokia 3310 is back