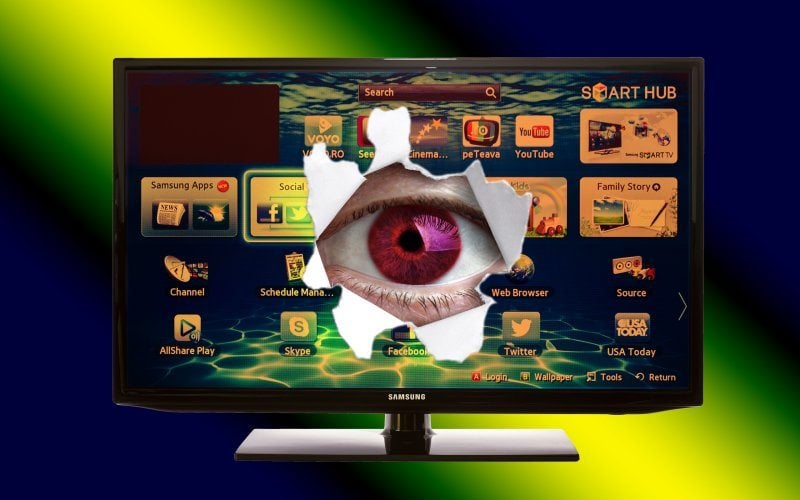 In the advanced world, every day is new with its surprising techniques with the efficiency of computer engineer and software makers. The shadow of these great reforms in technology field indicates the features of smart television which present the Samsung management.

The consumers amused to hear the news about the trapping themselves through Samsung smart television. Yes, it’s true now Samsung Companydigitalizesand formalizes its brand products with sensors that stored or send voices around the smart TV sets. And the ethical company announced openly to the consumer that they are not supposed to their private discussion while the smart TV in on.

On the other hand, the expert relates this move with the smartness of the company that its consumers mostly enjoyed the features of their devices instead of talking with each other. In the realm of crime controlling it’s very helpful but to some extent, it is not the ethics of being educated society users. Samsung reveals this news deliberately and the decision of company is good or not, will upon the views of the people that they are enjoying this or feel irritation with the dare of speaks consciously in front of their television launches.

This new is break in the Daily beast with tagline Shane Harris which is about the Samsung privacy policy. In which he requested to all the consumers of smart television that avoid personal and sensitive debates around your sets or launch even. The voices are recorded in the presence of the third party.

In the response to this news, Samsung clarifies the voice activations features performing for the convenience of the users. In which they describe that it formulates only the permission of the user that if he feels easy to use this feature then turn on the application otherwise there is no issue regarding utilize this application in Samsung televisions. Samsung exemplifies in a statement that voice data relates the features in clearly in the context of watching the desired context in fruitful dimensions.

Ericsson Moves to get 5G networks

First RoboCar Race on a Pro-Track