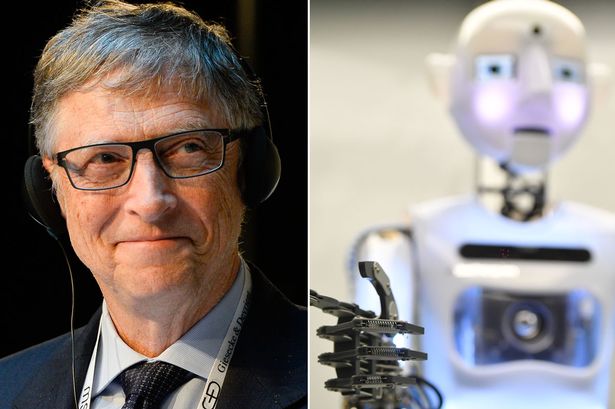 As robotics is taking over, people are worrying that robots will replace human jobs. Regarding the idea, Bill Gates suggested introducing Robot Tax to robots that steal human jobs.

In a recent interview with Quartz, Bill Gates opined that to compensate job loss due to emerging automation and robotics, governments should be taxing companies that use robot services because robots are dominating over workplaces, they should be taxed as humans, likewise.

Gates said, “Right now, the human worker who does, say, $50,000 worth of work in a factory, that income is taxed, and you get income tax, social security tax, all those things,” He added, “If a robot comes in to do the same thing, you’d think that we’d tax the robot at a similar level.”

So, if you are eager to snatch the labor- factory worker to cashiers, those whose jobs could be in danger after being replaced by automation. This transition can lead people to work in other fields such as health care and education. The income tax can’t be ignored because it would help funding the jobs which need training in caring for the elderly, teaching in schools and educating special kids; these are the roles that robots can’t fulfill but tax implemented on them would help.

AkzoNobel and DroneOps collaborated to work on Marine Drones