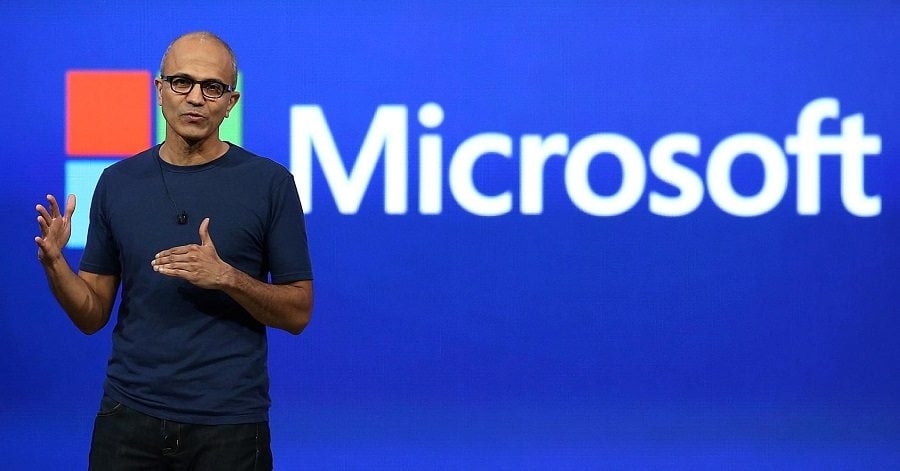 Microsoft CEO Satya Nadella spoke at a public event in India on Monday, stressing upon the immense potential of artificial intelligence (AI), calling it the “ultimate breakthrough” in technology.

“Because for all the advances in the computer interface, there is nothing to beat language [the ability to do human-level speech recognition],” he said during a fireside chat with Nandan Nilekani — India’s premier technocrat and the brain behind the Aadhaar identification system.

Calling AI “the third run time”, Nadella said, “If the operating system was the first run time, the second run time you could say was the browser, and the third run time can actually be the agent. Because in some sense, the agent knows you, your work context, and knows the work. And that’s how we are building Cortana. We are giving it a really natural language understanding.”

AI has been the buzzword at Microsoft for a while now. And the CEO has gone on record to say that it “is at the intersection of our ambitions.” Cortana is an intelligent assistant (agent) that “can take text input, can take speech input, and that knows you deeply.”

However, until not very long ago, AI had few takers, as revealed by Flipkart’s Bansal.

“When I was in IIT-Delhi from 2001-2005, we had a course on AI and nobody wanted to take it because nothing was happening in AI. What has changed?” he asked Nadella.

The Microsoft chief responded: “If I broadly talk about AI including machine learning, the thing that’s been most exciting in the last five years is this one specialized branch of ‘deep neural network’ that is fundamentally giving us human perception, whether it is speech or image recognition, and that’s just magical to see.”

Nadella went on to cite one of Microsoft’s projects in the state of Punjab in northern India. “We took all the call center data around public services and analyzed the speech so that the government could get a better handle on issues from people who were happy with their services.”

However, despite all the buzz around AI, Nadella warned that we shouldn’t “over-hype” it.

“We should not claim that artificial general intelligence is just around the corner,” he said. “I think we are on the right ladder this time… We are all grounded in where we are. Ultimately, the real challenge is human language understanding that still doesn’t exist. We are not even close to it… We just have to keep taking steps on that ladder.”

Nadella also mentioned augmented reality (AR) as one of the things that are keeping him “very excited.”

“The first time I put on a HoloLens was to see something Cleveland Clinic [a non-profit academic medical center] had built for medical innovation… As an electrical engineer who never understood Maxwell’s equations, I thought if I had a HoloLens, I would have been a better electrical engineer. Overall I feel that augmented reality is perhaps the ultimate computer,” he said.

MoIT contracted with Jazz to install TeleCenters across Pakistan