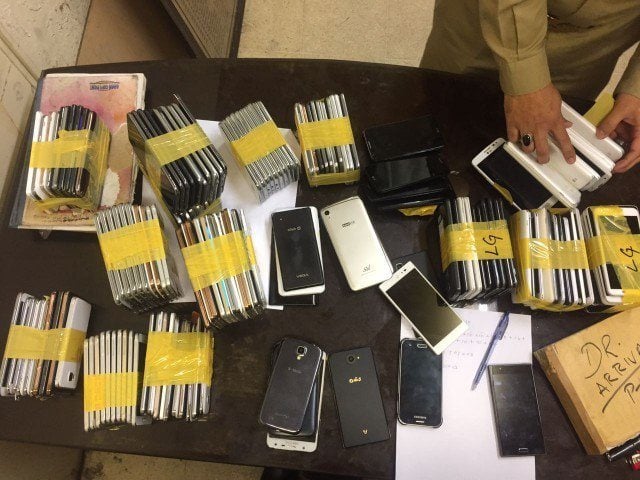 In the modern world, technology is one of the facilitators and unique source of income as well. After the keen attention of the mobiles company now the dark side also attracts to gather this device for suitable learning. In the glimpse of past, smuggling was a term that used for the expensive things, now it is the seen for the smartphones in Pakistani airport.

The indication of a passenger who returns from Sharjah the state of United Emirate of Arabia has a capacity of smartphones cost of nineteen lakh in the context of Pakistani currency. The Pakistani custom staff seeks their victim in Karachi Quaid e Azam International airport after the fool proof checking of his luggage.

The passenger Mujahid has many smartphones of different famous mobile phones firm. After the confirmation of this illegal act of smuggling expensive material with one country to another, they arrested him for obtaining his hearing in the court.

This is not the first time that the case of smartphones occurred in our country, in the incident of last a person was arrested on the charge of smuggling when he smuggled the mobile phones from China. NaveedBhatti was on Lahore AllamaIqbal International airport. He tried to steal smartphones in the realm of sacred water bottles. Same in this, in July 2016 the passenger holding 1645 mobile phones and 10,700 memory cards which have cost of rupees 20 million on the Benazir Bhutto International airport.

On another side, it is an alarming situation of our telecommunication industry that 59 percent of smartphones are smuggled from different countries. According to statics of a report, there is a cost of one billion losses for this cause of illegal activities which is very harmful to our country economics status.