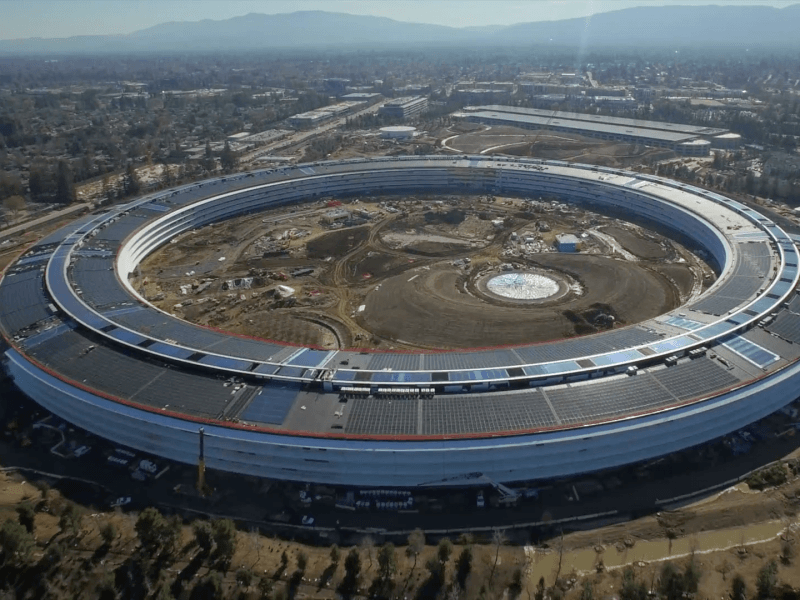 Apple has announced the opening of its new giant 175-acre building “spaceship” campus in company’s hometown, Cupertino, California to employees.The building was under construction since December 2013 and now it is known as the Apple Park since the establishment of the building began fans have been seen paying massive attention to the project.The campus’ ring-shaped, 2.8 million-square-foot main building is clothed entirely in the world’s largest panels of curved glass.

The further process involves moving more than 12,000 employees who work at the campus will take over six months, and construction and landscaping of the buildings and parklands are scheduled to continue through the summer in April.

To honor the memory of former CEO of the company, Steve Jobs and his enduring influence on Apple and the world, the theater at Apple Park will be named as the Steve Jobs Theater.’

Embracing Steve Jobs, Apple’s CEO, Tim Cook said, “Steve’s vision for Apple stretched far beyond his time with us. He intended Apple Park to be the home of innovation for generations to come,” He added, “The workspaces and parklands are designed to inspire our team as well as benefit the environment. We’ve achieved one of the most energy-efficient buildings in the world and the campus will run entirely on renewable energy.”

Apple has presented a description of the interior of the office which includes the roof of the 2.8 million-square-foot main circle building is powered by solar energy, making it 100 percent renewable. Of course, there are plenty of expected utilities, including a fitness center, Apple store, and the wonderful nature of the Santa Clara Valley.

Steve Jobs proclaimed the mega project for the campus in front of the Cupertino City Council on June 7, 2011, in his final public speaking appearance. This was his last memory before passing away in June.