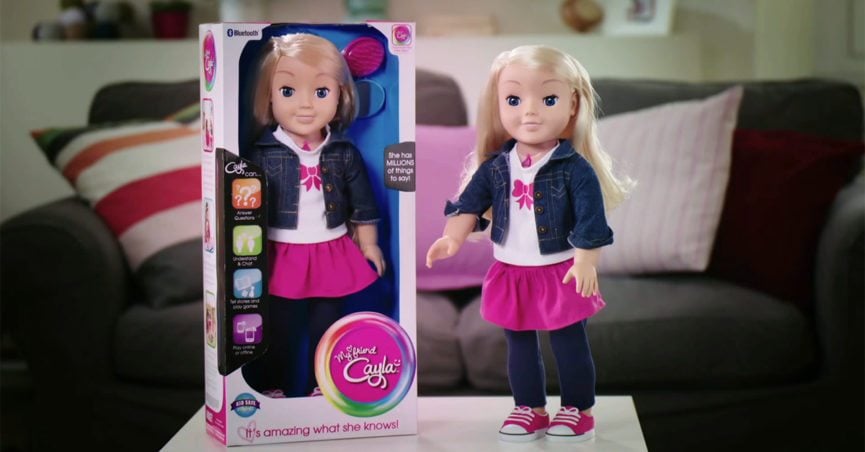 In Germany, investigators have determined that the My Friend Cayla doll could not be as fun to play as it should be, as it spies over the information of the children and his family who plays with it. The regulators have devised the parents of the offspring having the spy doll should smash it the very next moment.

The Federal Network Agency reports in a press release that it has ceased the supply of the doll and removed every piece of it from the market. The agency declared that if any parent buys the doll, they will not be doing any prosecution against the doll.

The Cayla dolls have integrated microphones which ask children personal questions about their family, the agency has named the dolls as “hidden espionage devices” because the software inside the doll could apparently be hacked and thus banning the dolls must be the only solution.

Researcher Stefan Hessel said hackers could use an unsecured Bluetooth device in the doll to listen and talk to a child playing with it.

It is not the only case against spy toys, complaints have also been filed with consumer watchdogs for the European Union, France, the Netherlands, Belgium, Ireland, and Norway.

However, Genesis Toys, the manufacturer of the Cayla doll, was contacted for investigative terms.