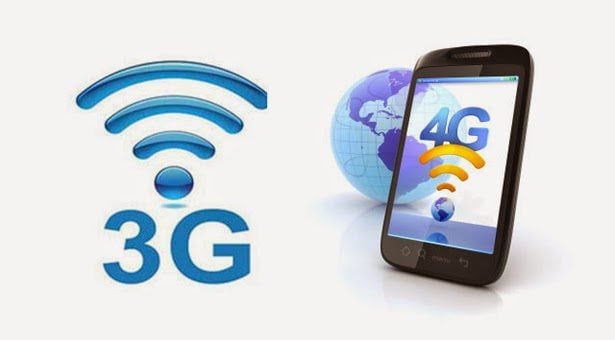 In the recent studies of Pakistan telecommunication authority, Pakistani rapidly moves towards the list of latest technology users. The ratio of fastest internet speed users via 3G and 4G in smartphones is mostly around the figure of 39 million in accordance with the latest ratio of observation team in Pakistan January 2017.

In the context of mobile users in our country, there are 137 million people are familiar with mobile technology approximately. According to the observation of experts, this is the rapid increasing ratio in a very first month of 2017.Around six lakhs new users in the formation of this latest technology.

In another side of the coin, the mobile phone companies stabilize the reasonable packages for the usage of this internet surfing. A lot of youth deliberately moves towards the smartphones technology.

In the realm of mobile companies, the largest mobile company of Pakistan Jazz, the emergence of Mobilink and Warid telecommunications succeeded to formalize their costumers around 51 million in the end of January 2017. In which Mobilink had 41 million and Warid had 10 million users clarification added in the usage of 3G and 4G technologies. This ratio figure comprises upon the last month evaluation.

Zong and Telenor subscribed around 28 million and40 million in the end of this month. Although Ufone failed to increase the ratio into sound values and caused by the decrement of 0.581 million in the telecommunication market. 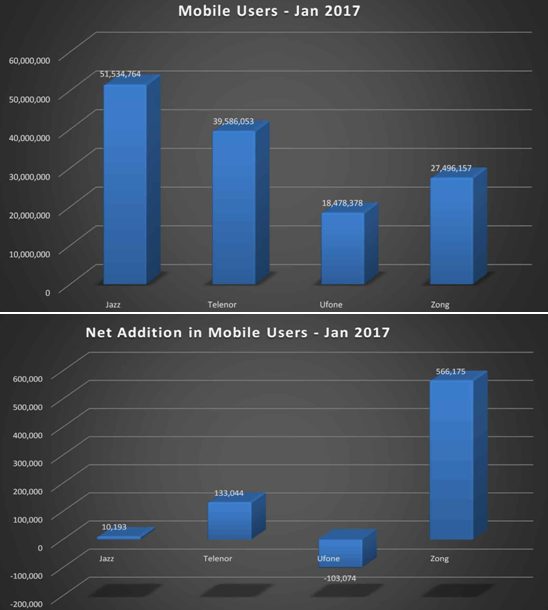 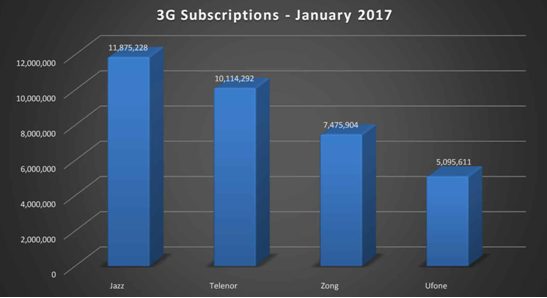 Zong has picked up its pace in the 4G segment during last four months. At a time when Pakistani handset market is still struggling with 4G  smartphones — as there are not many 4G compatible handsets in Pakistan — Zong outplayed other operators by selling 4G SIMs through its MBB devices. 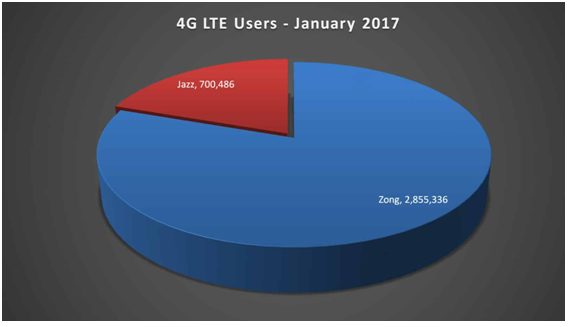