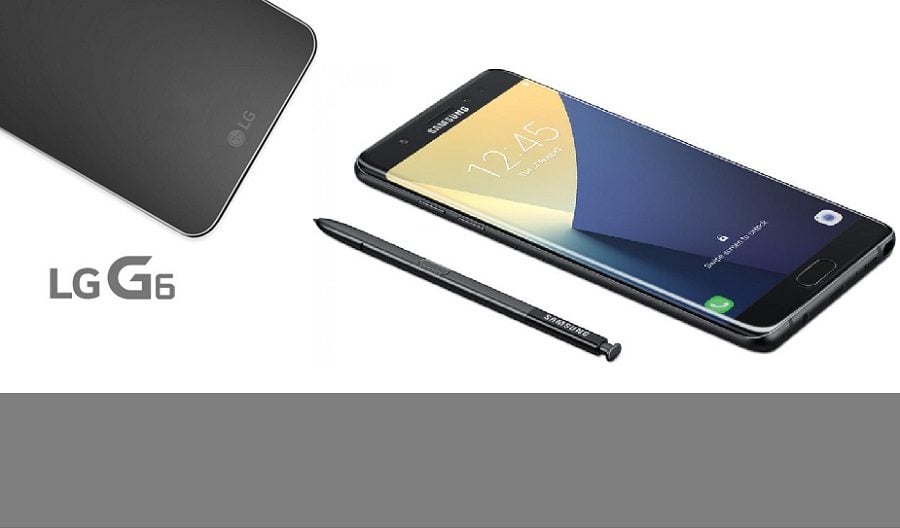 There were many rumors about this phone but now they are official. The South Korean electronics giant is going to launch its most anticipated flagship device LG G6 on Sunday and it will also be available in market exactly on March 10. It has also been revealed at MWC Mobile World Congress that pre-order and booking of this smartphone LG G6 can be done from 2 to 9 March.

However, you have to be more patient if you are waiting for Samsung Galaxy S8. You will have to wait a little bit longer. The new report also reveals that Samsung would unveil its new high-end device smartphone on March 29 in New York and it will go on sale starting from April 21st. There are no announcements about the availability of the preorder yet. Initially, Samsung wanted to launch its S8 in its home country a week earlier than the global release date of April 21, but due to logistic problems, it’s now decided against that.

After concluding the report from MWC we have gathered info about these two giants. Let’s review some specs to know more. LG G6 will come with a 5.7-inch 2K display, a Snapdragon 821 chipset and 6GB of RAM and a powerful battery with a capacity of 3200mAh. This handset will offer 64GB of internal storage which is able expanded via microSD. For photography, it is expected to sport a dual 16MP rear camera along with a 12MP front-facing shooter.

In terms of Samsung Galaxy S8 specs, it will feature a 5.8″ 2K display screen. The phone will come with the latest Snapdragon processor, the Snapdragon 835 octa-core, 4GB RAM and 64/128GB ROM. As for Samsung Galaxy S8 cameras, the phone is mounted with a 12MP f/1.7 back shooter and an 8MP front snapper. The back camera is capable of recording [email protected] videos. The phone will be powered by a non-removable 3000mAh battery.

MWC is a global forum which is powered by GSMA for the launches, announcements, and reviews of smartphones globally. Get in touch to know more about MWC events and news.