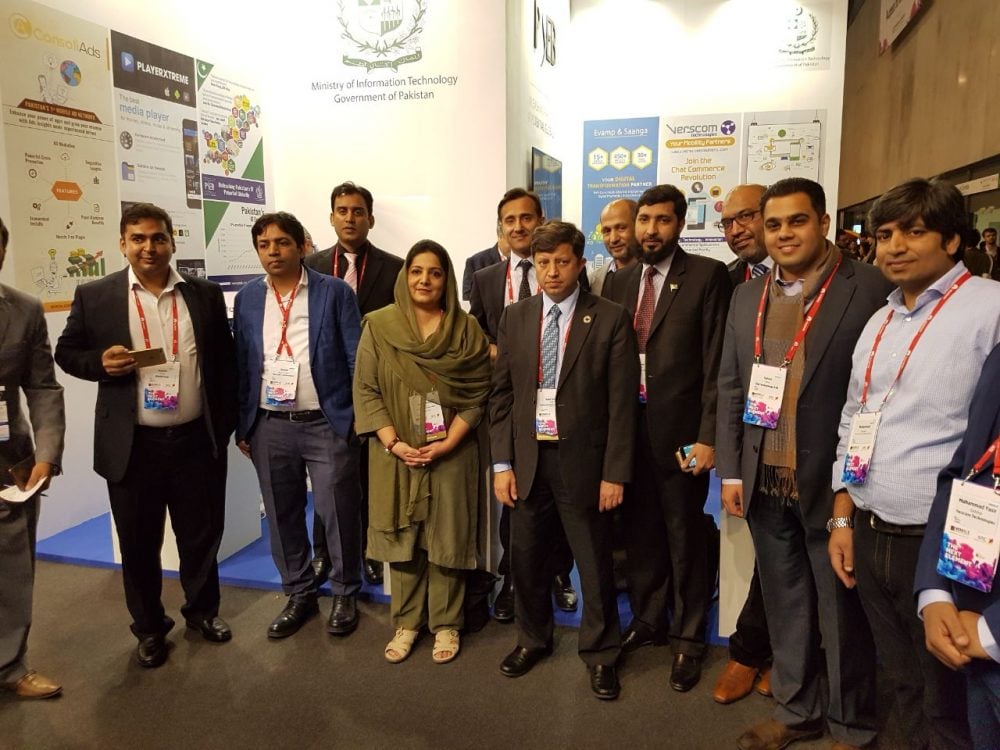 Pakistan Software Export Board (PSEB) organized a Pakistan Pavilion for the third consecutive year at Mobile World Congress to enhance Pakistan’s perception as an emerging destination for mobile apps development and IT services and to generate new leads for the exhibiting companies.

MWC is world’s largest gathering for the mobile industry, and is being held in the Mobile World Capital Barcelona, Spain between 27 February – 2 March 2017.

Approximately 2,200 exhibitors are at the event and the visitor count is expected to exceed 100,000 by the conclusion of the event.

Five IT companies namely Apricot Studio, Evamp & Saanga, Pentaloop, Seronic, and Verscom Technologies are currently exhibiting their products and services, developed in Pakistan, at the high-profile exhibition which is being attended by major telecom operators, vendors, and mobile apps companies from across the globe.

PSEB’s past participation in this event has generated many leads as well as some large deals for some of the exhibitors and it is hoped that this year’s participation will generate even better results.

The Minister of State for IT, Mrs. Anusha Rahman, who is attending Mobile World Congress visited Pakistan Pavilion and lauded PSEB’s efforts and stated that participation in international exhibitions in strategically important markets is extremely important for marketing Pakistan’s IT expertise and for generating new leads and exports for Pakistan’s IT sector.

Minister IT also received the Glomo GSMA Government Leadership Award from GSMA for the new telecom policy which is another great achievement for Ministry of IT.

This is the second award which Mrs. Anusha Rahman has received from GSMA in two years, the previous one being Spectrum for Mobile Broadband Award in 2015.

Dr. Hamid Ali, Counselor Economic & Commercial Affairs at Embassy of Pakistan in Madrid also visited the Pakistan Pavilion and offered facilitation and support to Pakistani IT companies in Spain. The four-day event would conclude on 2nd March 2016.