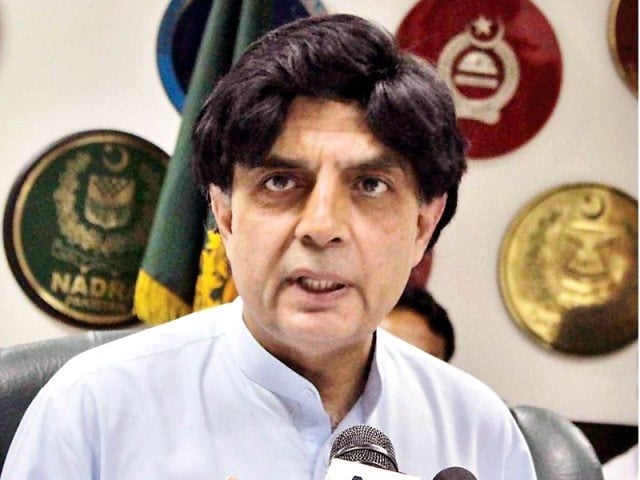 This issue began when a picture of the prime minister, the president and Khyber Pakhtunkhwa Governor Iqbal Zafar Jhagra started getting viral on the social media where a caption mentioned the KP governor as Mian Saqib Nisar, the now chief justice of Pakistan. The social media sites especially Facebook is accused of sharing false content on the internet in Pakistan.

Ch Nisar showed vexation on the response of social media because of not providing the desired information that was needed. Contacts were also made with the government of United Stated of America but all in vain. The interior minister mentioned that it was dispiriting that the US government and the Facebook itself cannot understand the sensitivity of this issue. Ch Nisar directed the Interior Ministry with PTA to plan something against defamation of a person as a result of a false social media campaign. A law needs to be formed that wouldn’t stop anyone from freedom of expression but at the same time, misusage of this freedom must not be allowed at any cost.

IHC’s judge Justice Shaukat Aziz Siddiqui yesterday ordered Chaudhary Nisar Ali Khan to abolish the access to irreligious content on social media. The matter got serious when he ordered the order to be taken serious or else blocking local public access to these social media sites could be banned. This tells that facebook is having some difficult pathways these days and only future can tell what probably would happen.