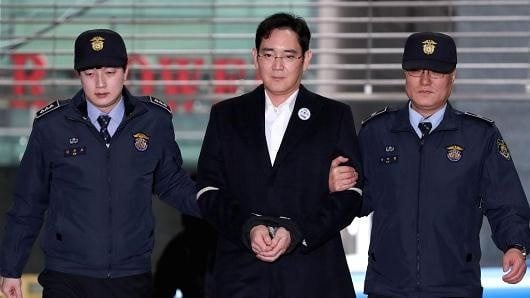 The head of the South Korean mobile company Samsung, Jay Y Lee, has denied all the charges against him at the start of his trial.  The special prosecutor has been calling this trial as the “trial of the century”. The political scandal has rocked the country. The head has been accused of bribery, embezzlement, and other offences in a corruption scandal. This mega scandal has already started the impeachment of the president of South Korea Park Geun-Hye.

Mr Lee’s defence has denied all the charges against him on his behalf. The defender said that the prosecution’s indictment has been using conversations, evidence and witnesses which they haven’t heard or investigated. He said, “It is unclear what kind of order he is supposed to have given. The indictments cannot have statements that can create prejudices in the court about the case.”

The Samsung group is Korea’s biggest company that include the massive electronic as well as the host of other business. The company has denied all the wrongdoings.

The detail of the charges

The main charges on the Samsung head Mr Lee is pledging bribes to a company. The company belongs to a friend of the President of South Korea Miss Park Geun-Hye, Choi Soon-Sil. She is the woman at the centre of the scandal. Sources tell that all this bribery was done so that Samsung President can cement his control of the smartphones to biopharmaceuticals Business Empire.

Happenings in the courtroom

During the high-class hearing, the courtroom was jam-packed with press and spectators. At one point during the hearing, an elderly woman stood up shouting. It is still unknown what all that shouting was about.

The special prosecutor has been appointed by legislation. They have stated that the current lower court trial will be finished within three months.

The special prosecutor told reporters that “We are preparing hard, thinking that the upcoming Samsung trial could be the trial of the century that the entire world will be watching.”

Miss Park, the President of South Korea is the daughter of a former military strongman. She has had her powers suspended since her impeachment process begun. If the constitutional court upholds the impeachment, she would be South Korea’s first democratically elected president to be thrown out of the office.

Tech Competition to be hosted by Microsoft & HEC with prize worth $100,000