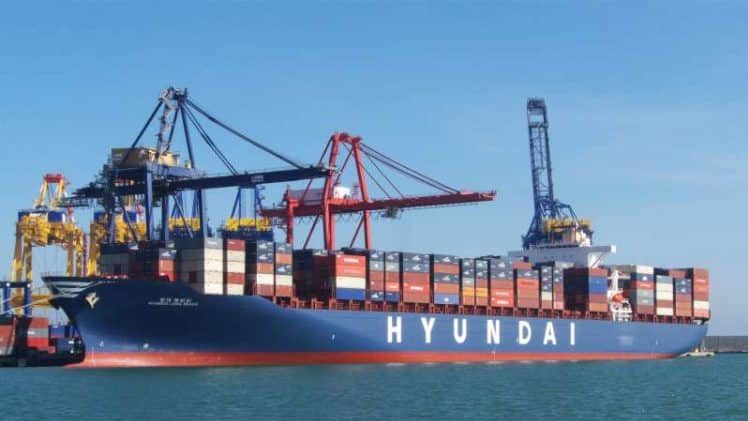 Pakistan received its Biggest Ship in the History

Pakistan today received the biggest and the deepest ship in its history. Thanks to the consistent development of the sea ports, Pakistan is now on the road to host big import supplies. With the expansion of the deep sea container terminal, Pakistan’s coasts are now handling largest container ships afloat. These terminals are one of the most advanced deep sea terminals and are in competition with those of advanced countries.

The deepest vessel of this Ship

This deep vessel berthing was recorded with the draft of 14 meters in Pakistan at South Asia Pakistan’s terminals (SAPTs) recently. The container vessel of Hyundai recorded this when they recently sailed from SAPTs. The authorities say that this is the biggest vessel to berth at the port of Pakistan in history. The biggest vessel before this one was of 13 meters at Karachi port and Bin Qasim Port. 1227 containers of cargo were imported from the said ship and 1745 containers of cargo were exported.

Many other facilities are being given to the Karachi port. The berthing are is being expanded and the authorities say that Karachi port will be able to host 15.5 meters of vessels soon with the container capacity of over 18,000 TEUs.

The South Asia Pakistan Terminals is the project of HongKong based Hutchison Port Holdings. They are world’s biggest container terminal operators. The total cost of this project is the US $1.4 Billion.

Since December 2016, the cargo handling has been in full swing at SAPTs. Due to intrinsic factors, Pakistani ports were not able to host large vessels. But the now the experts say that the arrival of such deep vessel has broken the barriers. The growth of handling in cargo volumes in Pakistan has been remarkable since the last couple of years. This can help provide better future for the trade and eventually the economy of Pakistan.