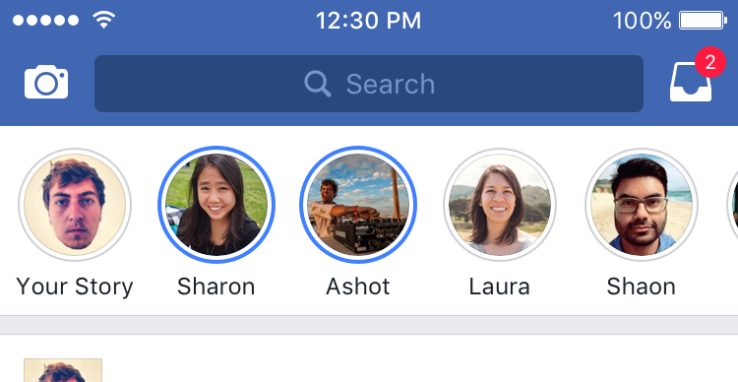 Just like Instagram and WhatsApp, now Facebook decided to copy Snapchat by adding in the feature of “Stories” into the Facebook app. As people today are now becoming obsessed with the cool new and different app Snapchat, other sites have decided to put this feature in their apps as well. Just in case if someone doesn’t know what Snapchat is, it is an app that lets you put snaps and videos as in a form of a story for 24h and the snaps and videos disappears after that. Likewise, facebook will now introduce this new feature of adding stories for 24h.

The new feature will be available initially to users in Chile, Greece, and Vietnam but will slowly be rolled and sent out to the rest of the users. Also previously Facebook recently launched Messenger Day in the Messenger app. This happened last week and it gained the attention of more than one billion users. However, rather than increasing the app’s popularity, it frustrated users because it was right at the top of the app. Facebook has already launched similar features for WhatsApp and Instagram. However, people around the world are criticising all other apps for copying Snapchat because Snapchat itself is a unique app. Adding feature of Snapchat on other apps won’t make them popular or make Snapchat less popular. Facebook is meant to have pictures there for lifetime till the owner deletes them and people of all ages use this feature. The concept automatically deleting pictures after 24h is going to be odd and unpleasant and unfamiliar for most non-technical users. Also beside these users, people who use all these apps won’t want to see the concept of stories on almost all the apps in the world.

How to Backup iPhone before installing iOS 10.3