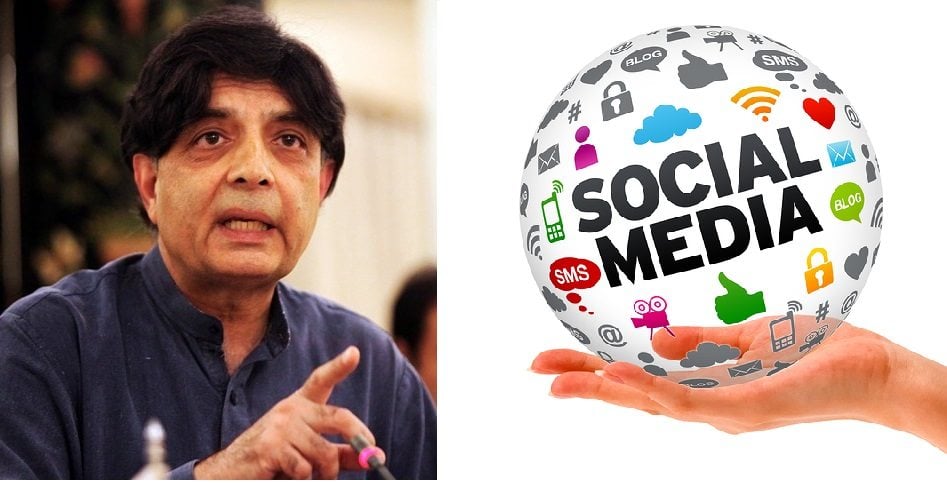 The Interior Minister Chaudhry Nisar Ali Khan said that the government is determined to use every option to ensure the removal of offensive content from Facebook and other social media websites. He hoped that the book will give full cooperation to Pakistan in more than twenty million people and respect the religious sentiments of millions of users.

Interior Minister FIA will also help guide said that other agencies to identify the elements involved in promoting offensive content on social media. He said that during heading the meeting on call of the Prime Minister of Pakistan Mina Muhammed Nawaz Shareef on the blasphemous content issue.

FIA said that waiting for information from regular requests on been as high court’s recent decisions and orders book management in the light of the response from their side.

The meeting said the Interior Minister, ordered by a senior officer to the Embassy of Pakistan in Washington, and that is that having a copyright to the information will be required from Facebook under administration efforts for information. Interior Minister on the instructions of the FIA has been directed also to Interpol by the hate and religious hatred that points to Facebook pages based on the number of them are in serious crimes under its own rules of Interpol.

The international courts are being too prominent lawyer Farrukh Kareem services to pursue the case to law book that is bound to be that freedom hurt the emotions of Muslims in the name of the built tool and should not be made to ensure effective prevention of such material. The FIA said the Interpol investigation of certain individuals being hired. The meeting secretary, NC NACTA, Nadra, PTA and FIA were senior officers.